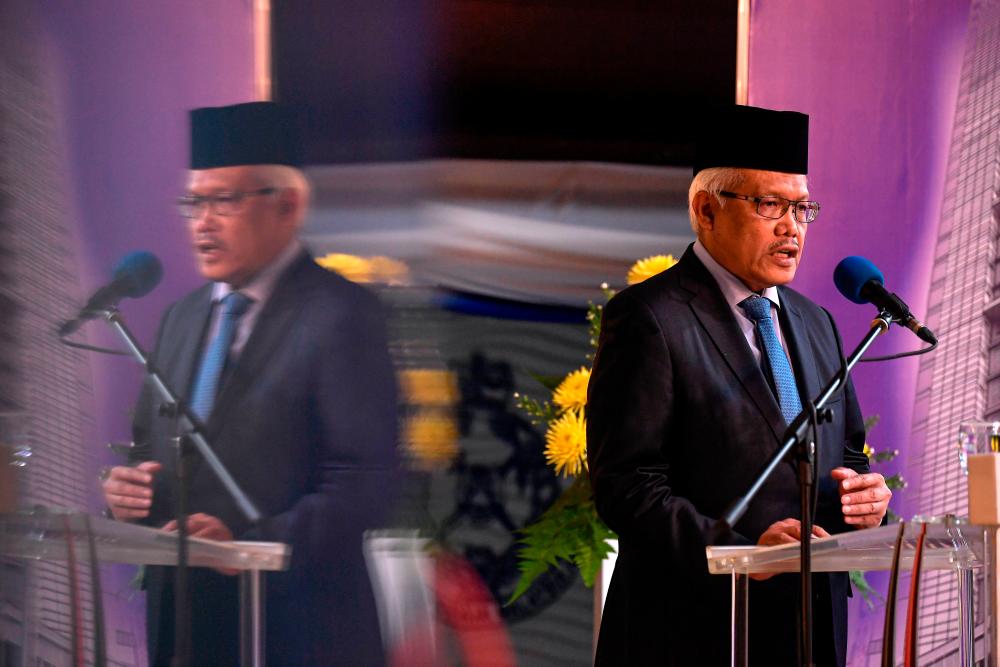 Home Minister Datuk Seri Hamzah Zainudin (pix) said there was currently 1,752 personnel based in the state.

“We had discussions with the National Security Council (MKN) today and we are still discussing the SOPs for the Melaka state election, which will be announced by the Election Commission (EC).

“As such, there is a possibility we have to add more (police) personnel once the EC proposes its own SOPs,” he told reporters at a post-humous promotion and occupational hazard ex-gratia scheme ceremony at Bukit Aman here today.

“Insya Allah, the number of personnel will be increased from time to time, we could also ask assistance from other state police contingents,” he said.

The EC has set Nov 20 for the Melaka state election, with nominations on Nov 8 and early voting to take place on Nov 16.

Meanwhile, at the ceremony, three members of the force killed while on duty on July 11 and Aug 8 respectively were promoted posthumously (bravery award) with their next of kin receiving compensation through the occupational hazard ex-gratia scheme.