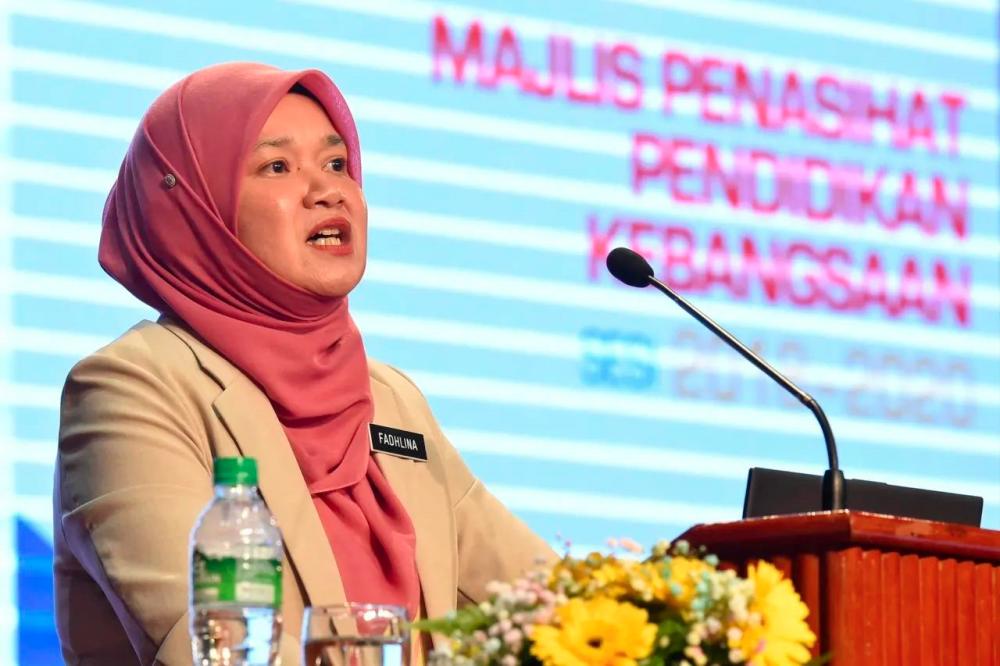 PETALING JAYA: Education Minister Fadhlina Sidek has left the Johor education department to decide whether to take action against a convent school for allegedly offering an examination preparation workshop for Muslim students only.

Fadhlina was responding to a Twitter post by @sangria200 that claimed a convent school in Johor Bahru had an overnight Sijil Pelajaran Malaysia (SPM) preparation workshop for Muslim students that covered religious studies only at a hotel, FMT reported.

It was then discovered to be an extensive learning workshop, apparently sponsored by a donor, that covered other subjects besides religious studies such as chemistry, additional mathematics and many other subjects of which the non-muslim students were not aware.

The Nipong Tebal MP said that the issue was under the state’s education scope of responsibilities.

Later on, the post added that when parents looked to the school for further explanation in the parent-teacher association (PIBG) WhatsApp group, the principal had shut down the conversation by enabling admin-only posts and turned on the vanishing mode in the group chat settings.

The concerned parents were believed to have dropped their queries to the school and are still waiting for their response.

Meanwhile, the Johor education department said that they have looked into the matter and will be releasing a statement soon.