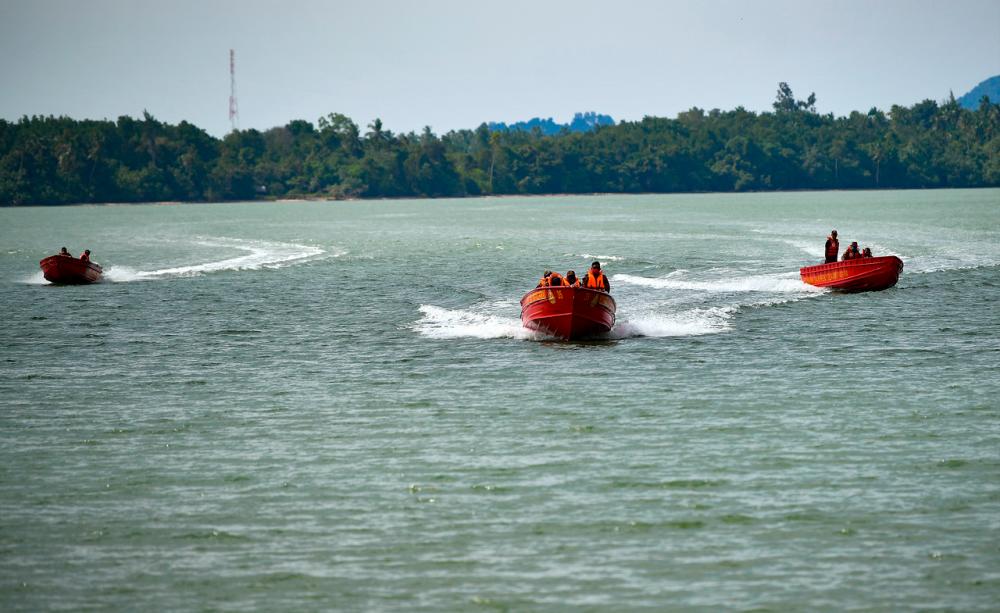 BALIK PULAU: A fisherman who was reported missing in the waters of Pulau Kendi after venturing out to sea yesterday, was found safe this morning.

Penang Fire and Rescue Department’s (JBPM) Operation centre spokesperson, said Wan Mohizan Wan Hussein, 55, who is also a former photographer of an English newspaper, was rescued by fishermen at 6.30am.

He said the department received information on the incident at 8.18pm yesterday before activating a search and rescue operation (SAR) that also involved personnel from the Penang Malaysian Maritime Enforcement Agency and Royal Malaysia Police.

However, there were no signs of the victim and the operation was suspended at 11.30pm yesterday, he said when contacted today.

It is learnt that Wan Mohizan who was wearing a safety jacket managed to swim to Pulau Kendi when his boat capsized before being rescued by the fishermen.

The victim was then taken to the Pantai Malindo Jetty, Jalan Kuala Sungai Burung, here.