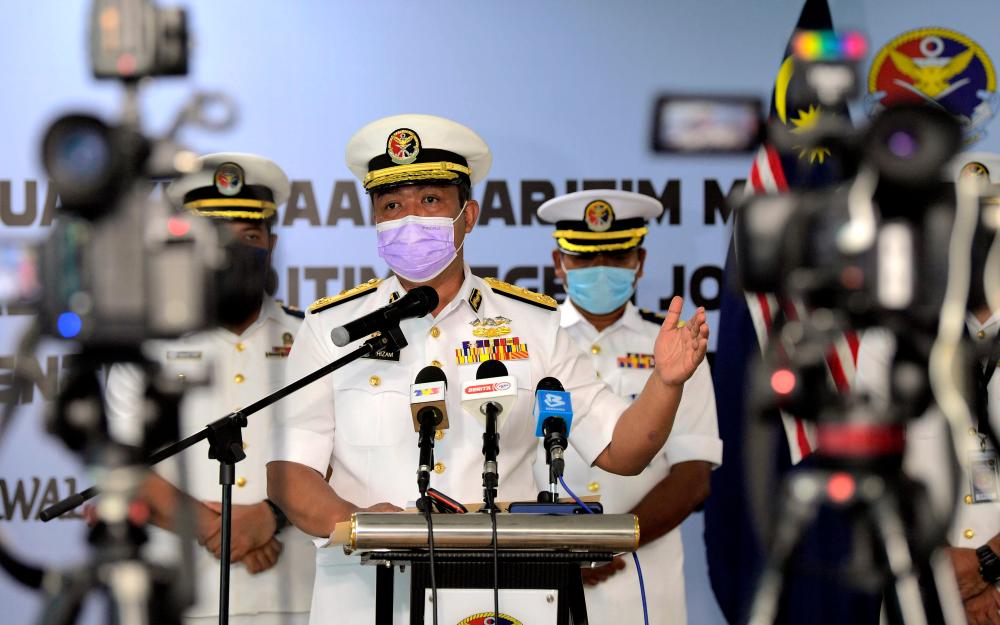 JOHOR BAHRU: A total of 101 merchant ships have been detained by the Malaysian Maritime Enforcement Agency (MMEA) from early January until today for illegal anchoring offences in eastern Johor waters, with Singapore chalking up the highest number of such offences.

He said a total of 17 countries were involved in committing the offences, and out of the 101 merchant ships, 83 of them were detained through the ‘Op Jangkar Haram’ which began on March 24.

According to him, one of the reasons most often given (to anchoring illegally) is not knowing the borders of the country’s territorial waters.

“It is impossible to say that they do not know because when an international ship goes to any country in the world, the first thing that needs to be understood is the laws that are enforced in the country of their destination.

“We do not consider that reason at all. This is because our enforcement does not discriminate and as long as they are detected committing offences or conducting illegal activities, we will implement enforcement strictly regardless of where the ship comes from,” he told reporters at a press conference, here, today.

Meanwhile, Nurul Hizam said the revenue obtained during the operation period was RM1.76 million which was given to the government through the payment of guarantee bonds.

He said enforcement must be done to preserve the sovereignty of the country and if it is taken lightly, then violations of the law such as illegal anchoring will be a long-lasting “disease”.

Meanwhile, on Covid-19 infection among MMEA personnel in Johor, Nurul Hizam said a total of 120 of them were confirmed positive for the infection with two deaths recorded since March last year.

“During that period, almost 300 personnel were quarantined and there were also personnel who were infected during the course of their enforcement work,“ he said, adding that the two deaths were reported on Aug 16 and Sept 17 this year.- Bernama

2.Decision on party election to be known next week - PAS VP