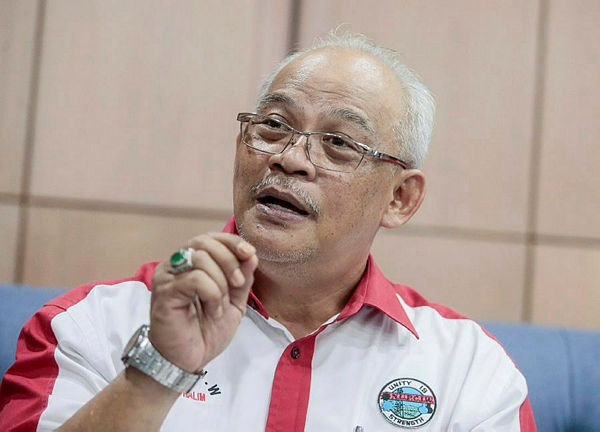 KUALA LUMPUR: The Malaysian Trades Union Congress (MTUC) president Datuk Abdul Halim Mansor (pix) said he was committed to the government’s consent to ratify the Elimination of Violence and Harassment in the World of Work (C190) Convention.

He said the convention was in line with MTUC’s policies and goals in defence of employees.

Commenting on MTUC’s earlier decision to vote against the C190 at the International Labour Organisation’s (ILO) conference in Geneva on June 21, Abdul Halim said it was due to a misunderstanding.

“We admit that there were certain misconceptions that led the MTUC to vote against the C190.

“At this point, it is better for me and MTUC leadership not to elaborate on the misunderstanding,“ he said in a statement today.

He said the MTUC welcomed the announcement of the Minister of Human Resources, M. Kula Segaran last Thursday that the government could support the certification in the convention.

In this regard, he said MTUC would launch a C190 awareness programme for employees and at the same time take the necessary action to convince the government to ratify the convention.

Abdul Halim also urged all parties to elaborate on the proposed MTUC labour law reforms submitted to the government recently to ensure that workers get the right protection from violence or harassment regardless of their background.

“The proposals actually cover almost all of the provisions in the C190 and we are confident that the National Labour Advisory Council (NLAC) will accept the proposals to ensure the interests and safety of all employees are not being overlooked,“ he said. — Bernama