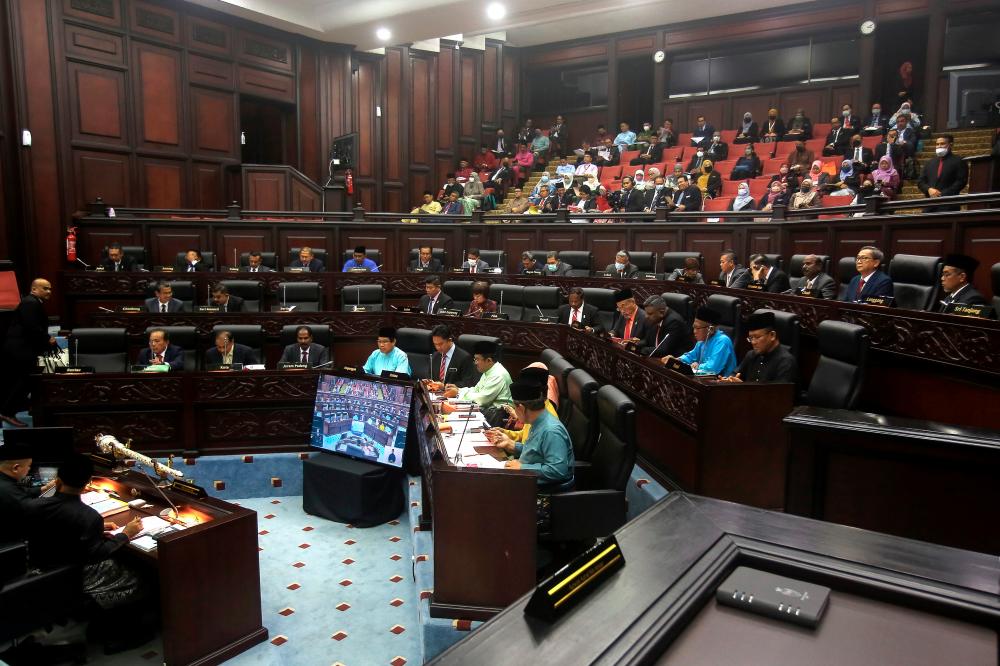 SEREMBAN: The Negeri Sembilan government today presented its Budget 2023 amounting to RM550 million with an estimated revenue of RM450 million and a Development budget of RM130 million.

“The proposed Budget 2023 is a deficit budget of RM100 million. Even though it is the third year of presenting a budget in deficit, it was done in a targeted manner and is still within the capacity of the state’s cash reserves.

“This deficit budget is also an intervention by the state government in stimulating the domestic economy based on the developed Input-Output model,” he said when presenting the budget at the Fourth Conference (Budget) of the Fifth Term of the 14th State Legislative Assembly (DUN).

Aminuddin, who is also the Member of Parliament for Port Dickson, said the revenue collection performance has increased with the highest collection record in 2019 amounting to RM556.44 million while investment inflows exceed RM5 billion every year from 2019 to 2021.

In addition, he said through Budget 2023, a total of 64 initiatives include 22 new initiatives and 42 existing initiatives with allocations totalling RM107 million including Food Supply Guarantee which is RM9.05 million, Economi Rakyat amounting to RM15.7 million.

In the meantime, the state government also announced Special Financial Assistance of one-and-a-half months’ salary or a minimum of RM2,500 to approximately 5,599 civil servants in the state which will be paid in early January and the first week of April next year.

The Sikamat member of the DUN said it was to appreciate the services provided by civil servants in improving government administration and always committed to shouldering their respective responsibilities.

“We faced a difficult year earlier due to the Covid-19 pandemic. Even when faced with the risk of infection, civil servants remained steadfast in fulfilling their trust to ensure the service achievement continues to for the sake of the people’s well-being.

“On this occasion I am pleased to announce that the collection of state revenue up to noon yesterday amounted to RM444 million or 102.78 per cent which is more than the RM100 million collection for the same period last year. This is a great and proud achievement, thanks to everyone,“ he said.

Earlier, the DUN conference also recorded congratulations to the Tambun Member of Parliament who is also the incumbent Member of Parliament for Port Dickson Datuk Seri Anwar Ibrahim on his appointment as the 10th Prime Minister as well as praying for his health to continue developing the country.

The Negeri Sembilan DUN conference starts today until next Dec 1, will continue on Tuesday. - Bernama