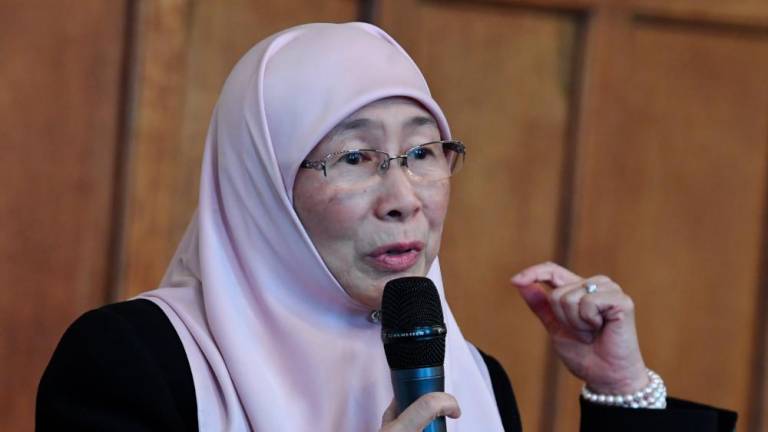 KUALA LUMPUR: The involvement of the National Disaster Management Agency (Nadma) in handling the disaster situation in Kuala Koh, Gua Musang, has helped the agency in playing its role in formulating a more effective disaster management strategy, instruction and action plan, the Dewan Rakyat was told today.

Deputy Prime Minister Datuk Seri Dr Wan Azizah Wan Ismail (pix) said Kuala Koh disaster was classified as a Disaster Level One, and was managed in line with the disaster management culture encompassing preparedness, response and rehabilitation and mitigation, to reduce the impact.

“Nadma will also carry out a post-mortem for the incident to study and identify the room for improvement in the management of future disasters,” she said during question time.

Dr Wan Azizah said this in reply to Syed Ibrahim Syeh Noh (PH-Ledang) who wanted to know the extent and effectiveness of Nadma’s involvement during the Kuala Koh disaster and its roles in ensuring that such a disaster would not happen in other districts.

Elaborating, the deputy prime minister said among Nadma’s roles during the disaster was to formulate a disaster management strategy through technical discussions at the operational and strategic levels to prevent the situation from getting worse.

Dr Wan Azizah said Nadma had also helped in advising the operation commander to have the Disaster Operation Control Centre (PTKT) function as a public aid coordination centre and in advising the district and state disaster management committee chairmen to ensure that the PKTK stayed operational.

“Nadma also helped coordinate the operation involving the technical team with the tok batin, representatives of the Orang Asli, non-governmental organisations and the media to identify the locations for water sampling, and for the Special Malaysia Disaster Assistance and Rescue Team to find and remove the bodies of the Orang Asli from their burial sites,” she said.

On the proposal to use the existing technology, such as health data profiling software to detect the disease involving Orang Asli, Dr Wan Azizah said the move was quite difficult to be implemented as the Orang Asli move periodically through the jungle, making such data difficult to be collected.

However, she said the government’s priority now is to continuously enhance public awareness and change the Orang Asli mindset on the importance of personal hygiene to prevent infectious diseases. - Bernama