Najib’s 1MDB trial to proceed on May 13 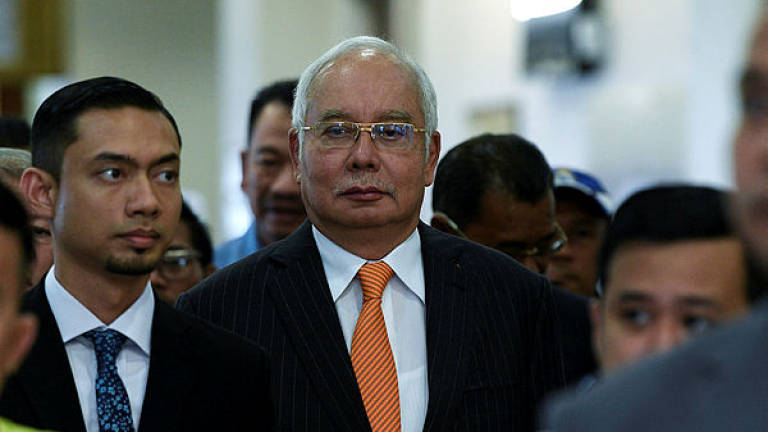 Deputy public prosecutor Ahmad Akram Gharib said the trial before High Court judge Collin Lawrence Sequerah will start at 9am as scheduled with all parties compelled to adhere to the guidelines set by the court.

“We have been ordered to sit at our specifically allocated seats in the open court and to follow the social distancing markers,” he told Bernama via WhatsApp.

In a statement issued by the corporate communications unit of the Federal Court Chief Registrar’s Office yesterday, Chief Justice Tan Sri Tengku Maimun Tuan Mat was quoted as saying that cases set for an open court hearing will begin in stages from May 13.

Other dates fixed were the entire month of June, July, August, September and October, including Fridays.

When the hearing resumes, defence lead counsel Tan Sri Muhammad Shafee Abdullah is expected to continue with cross-examination of the ninth prosecution witness, former 1MDB chief executive officer Datuk Shahrol Azral Ibrahim Halmi, who has been on the stand since Sept 23 last year.

2.Liverpool will make things difficult for us, says Atletico’s Simeone

4.Japan kicks off election campaign as support for the ruling LDP dips