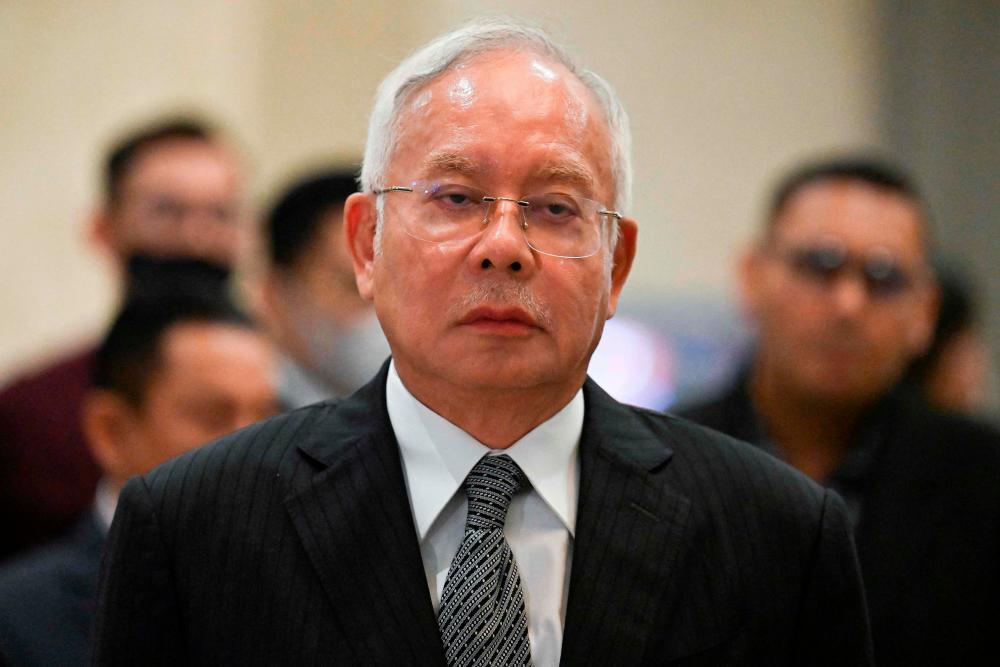 Malaysia former prime minister Najib Razak arrives for a press conference at the federal court in Putrajaya on August 16, 2022. AFPPIX

PUTRAJAYA: Former Prime Minister Datuk Seri Najib Abdul Razak and his son, Datuk Mohd Nazifuddin, today obtained an order to stay the execution of a summary judgment entered against them over unpaid income tax amounting to more than RM1.7 billion pending disposal of their appeals in the Federal Court.

“The order to stay the execution of the summary judgment is allowed pending the disposal of the appeals by both the appellants at the Federal Court,“ said Tengku Maimun in the proceeding conducted via video conference today.

Earlier, lawyer Muhammad Farhan Muhammad Shafee, representing Najib and Mohd Nazifuddin, told the bench that the Inland Revenue Board (IRB), as the respondent, did not object to the applications by both his clients.

This was confirmed by senior revenue counsel Al-Hummidallah Idrus, representing the IRB.

In 2020, two separate High Courts allowed the IRB’s applications to enter a summary judgment to recover tax arrears of RM1.69 billion from Najib and RM37.6 million from Nazifuddin for the period between 2011 and 2017.

On May 10, this year, Najib and Nazifuddin were given the nod by the Federal Court to proceed with their appeals against the decisions of the two High Courts in allowing the IRB’s applications to enter a summary judgment to recover more than RM1.7 billion in tax arrears from them.

Both Najib and Nazifuddin lost their appeals in the Court of Appeal last September to set aside the summary judgment.

A summary judgment is obtained when the court decides on a case through written submissions without a full trial and without calling witnesses. - Bernama Two DPMs, 25 ministers all sworn in before King today

Two DPMs, 25 ministers all sworn in before King today 5.Two DPMs, 25 ministers all sworn in before King today