Neutral government can be solution to political crisis: Analysts 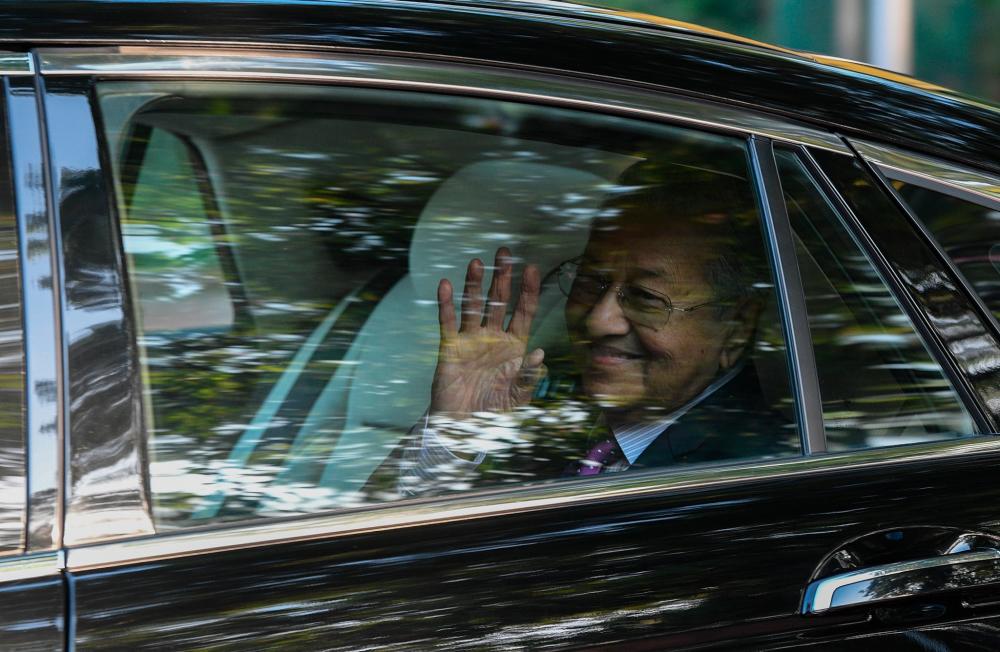 Interim Prime Minister Tun Dr Mahathir Mohamad waves to the media as he leaves his private residence in Seri Kembangan, on Feb 27, 2020. — Bernama

KUALA LUMPUR: A government that does not favour any party can be a good solution in reducing an excessive politicking culture, according to some local political analysts.

She told Bernama this in response to Interim Prime Minister Tun Dr Mahathir Mohamad’s admonishment when he touched on the excessive politicking which took place in the country.

The former seventh prime minister also said, rightly or wrongly, politics and political parties needed to be put aside for now and if possible he would try to create a government that was not in favour of any party.

“Only the interests of the nation will be given priority,“ he said in a special message.

According to Sara, this situation was similar to those practiced in the governance of several countries with their cabinet line-ups involving public figures, representatives of non-governmental organisations (NGOs) and not necessarily politicians.

‘’Maybe, the line-up is partly made up of members of the political party and partly from among selected individuals. Democracy requires the existence of political parties, and the appointment of Cabinet members who are not shackled by party ideologies are capable of helping the Prime Minister to effectively implement government policies, ”she said.

Echoing her was Universiti Sains Malaysia (USM), political analyst Prof Dr Sivamurugan Pandian who was also of the opinion that the Malaysian cabinet could be formed by not looking at the political backgrounds but as individuals.

“This approach can serve as a reminder to all those who will be picked to be in the administration of the country later not to play politics excessively and neglect the direction of the country, especially in the aspects of development.

“If the formation of a unity government takes place, then of course, each picked will have to stop excessive politicking and give focus to the governance of the country,“ he said.

According to Sivamurugan, it could be regarded as a reminder seeing as if the government had no ties with party politics, but at the same time, a political party also wants its role to be given priority because all these while political parties were managing the country.

“The individual support provided by the palace too may probably also serve as an indicator because the individual interviews conducted by the Yang Di-Pertuan Agong may play a role even though each party member has his or her own ‘bloc’,” he said.

Meanwhile, Universiti Putra Malaysia (UPM), Faculty of Human Ecology, Department of Government and Civilisation Studies Professor Dr Zaid Ahmad said he also agreed with Mahathir’s ‘rebuke’ to the over-politicking group and was of the view the nation was facing the political elites who were doing something not based on the mandate of the people.

“Tun Mahathir’s criticism is correct. Politicians or political elites should not be politicking too much. Perhaps he sees this as political education for the ‘political elites’ to understand their role including not to be too busy politicking to the point of forgetting their duties and roles. That is not good for democracy.”

“In a mature democracy, the political elites must understand that they are there because they have received the mandate of the people, not a blank check to do as they please,“ he added. — Bernama