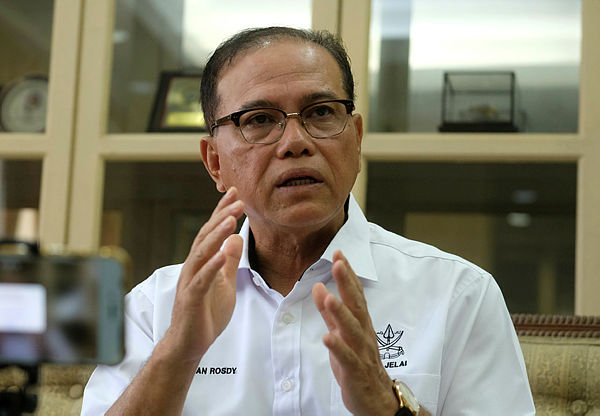 KUANTAN: Pahang Mentri Besar Datuk Seri Wan Rosdy Wan Ismail says that both state and federal governments will monitor the construction of a new airport in Tioman Island to ensure that it will not affect the island’s environment as it has been declared a marine park.

He said at least seven government departments would monitor the construction of the project to ensure that it would comply to the set rules.

Meanwhile, in an unrelated development, pertaining to the problem of illegal exploration in the highland area, especially by large-scale farmers, Wan Rosdy said the Pahang state government viewed the problem seriously and monitored the matter even during the administration of former mentri besar Datuk Seri Adnan Yaakob.

“As a government who cares about the welfare of its people, the state government is very tolerant of smallholders whose goal is to make a living for their families.

“In fact, the Ops Gading has been implemented since Nov 1 with the placement of the army and General Operations Force (PGA) personnel, as well as other local agencies at the highlands,“ he said.

Wan Rosdy said the placement was aimed at enhancing the monitoring efforts and to demonstrate the security forces’ presence including on public holidays.