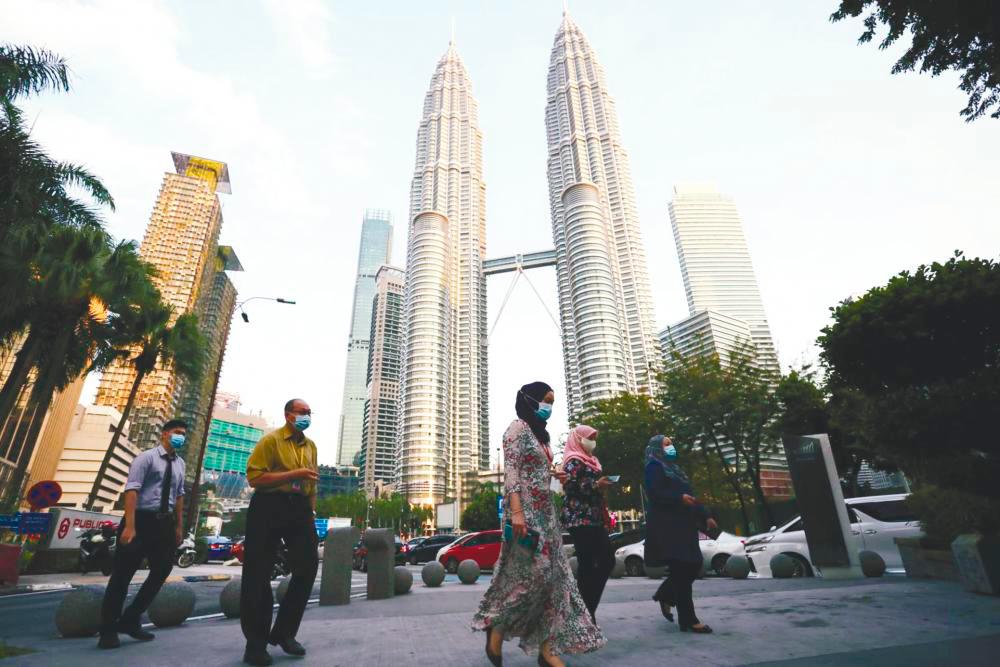 THE 12th Malaysia Plan (12MP) is largely a reaffirmation of the NEP (National Economic Policy). Its target offers no improvement in the Gini index. While mean monthly income has increased from 2016 to 2019, the overall Gini coefficient has actually increased from 0.399 to 0.407, pointing to a widening of income inequality (12MP, p.189). This is at a time where Malaysia’s Gini ranking is at the top of Asian inequality.

The incidence of relative poverty has increased from 15.6% in 2016 to 17% in 2019, and is continuing to increase rapidly. Economic statistics are lagging behind, and economic recovery and relief is set to be delayed, with little contained within the 12MP to assist. Elevated unemployment and inflation are not taken into account.

To prevent the economy from doing much worse, a new socio-economic paradigm is needed.

Here are some important components that the government needs to prioritise:

The nation needs to move from wealth and equity redistribution to wealth creation. This requires nurturing a prosperous Keluarga Malaysia as officially enunciated. It means protecting the buoyancy of households through a safety net, and creating employment and economic opportunity for all.

The priority concerns that should be focused on are building income among the bottom 40% of the population; assisting small and medium enterprises (SME), which employed 48.9% of the workforce of seven million people before the pandemic began in 2019; providing safety net assistance; and implementing targeted regional and urban development where the poor reside.

Building income, particularly among the B40

One of the key strategies in building income across the B40 is increasing wages to reduce poverty and decrease income inequality. This is perhaps one of the most challenging aspects of policy but it can be accomplished through labour market and other reforms.

The bottom end of the labour market has an estimated two million migrant workers who exert a downward pressure on wages. In addition, working conditions are poor and even dangerous.

The next problem is socio-cultural. Jobs traditionally undertaken by migrant workers are seen by today’s younger generation as totally undesirable. Local employers complain about the spasmodic attendance and poor productivity of local employees.

The 12MP was scant on identifying the issues facing Malaysia’s 1.15 million SME today. The major problems SME face include liquidity issues, access to appropriate technology, the inability to develop relevant skill sets and lack of ability to collect market information and gain customers.

Past government programmes to assist SME have only reached a small number of those in need. Following the pandemic, too many SME have found the conditions to obtain assistance difficult as banks have imposed strict loan conditions such as collateral, support documentation and past performance record.

Rather than create another agency to assist contractors to get paid quicker from the government, a national factoring scheme could be put into place to expedite quicker payments and increase the velocity of money around the economy.

Immediate tax relief is necessary to assist landlords to lower rental and leasing costs to SME to enable them to survive.

Industry 4.0 and digitisation are well and good once the nation’s SME develop a critical level of health, are skilled up and ready to expand. Unfortunately, for most of Malaysia’s SME, this is not so.

For those not employed, the solution is putting income into the hands of those who need income assistance and protection. This requires a total overhaul of the social safety net programmes.

Some form of universal income-testing based on a fund or insurance scheme basis is required to assist those who fall into unemployment, sickness, incapacity, or otherwise fail to earn an adequate income.

According to economist Geoffrey Williams, a scheme to cover the above contingencies of 1.24 million households currently below the relative poverty line income of RM2,937 per month, would cost RM10.2 billion, or 3.2% of the government’s annual budget.

A safety net scheme, could be partnered by a universal income-tested pension scheme, built upon the current Employee Provident Fund (EPF) system. Currently, 2.23 million people are aged 65 or above, and this percentage is growing.

According to EPF statistics, 46% or 2.7 million workers have less than RM10,000 saved. This means that only a small number of people at retiring age have enough funds to stay out of poverty. This situation is worsening Overhauling the pension system is a must if a crisis in aged poverty is to be averted in the near future.

Malaysia’s civil service is bloated. There is much wastage of financial resources and over staffing across many ministries and agencies. While the civil service has been automating many jobs through IT, employee numbers have been growing rather than declining through increased productivity.

The civil service costs 47.4% of the total operational spending within the annual budget. In 2019, this amounted to RM122 billion. This budget could realistically be cut down by 25%, or RM30 billion, or even more without operational loss of efficacy.

Staff numbers have grown to 1.71 million employees, even though systems and procedures have been computerised. The 12MP plans an even greater expansion of the civil service, mostly for the purpose of monitoring markets within the economy, which is unnecessary.

The government needs to reduce the size of the civil service and implement a “flexible and varied” contractual scheme to ease the burden of the ever-rising emoluments.

In addition, there are many federal and state owned government-linked companies (GLC) which are debt ridden, loss making, and with outputs that compete with private enterprise providers. These GLC should be identified and closed to save further wastage.

The above savings could be channelled back into a national safety net assistance scheme. Creating a universal income-tested safety net is the redistribution game changer that Malaysia needs right now.

Finally but not lastly, minister in the prime minister’s department, Mustapa Mohamed, said the RM400 billion tagged to be spent through the 12MP is the highest in Malaysia’s history.

It is not the size which counts but the effectiveness and the impact of what is spent that is important. Funding the growth of the public sector, setting up new agencies and departments and incurring more debt will be counter productive.

It is urgent to look at policy innovation, which the 12MP lacks. There are examples from home and the region that can be drawn from and utilised for the betterment of policy making.

One approach to assist financing a Malaysian safety net could be by channeling Petronas profits to the EPF to fund a scheme similar to the highly successful government pension fund of Norway.

Covid is forcing change throughout the region and the world. There is going to be an economic scramble and battle to recover. If Malaysia does not gear up with a realistic, competitive and sustainable economic recovery plan and a new socio-economic paradigm, it will quickly fall behind the rest of the region.

The 12MP, in its present form, will miss this opportunity.

Jointly written with Murray Hunter and Ramesh Chander. Ramesh Chander is a former chief statistician of Malaysia and a senior statistical adviser at the World Bank in Washington, DC Murray Hunter is an independent researcher and former professor with the Prince of Songkla University and Universiti Malaysia Perlis. Comments: letters@thesundaily.com