No clampdown as long as people adhere to the law, says IGP 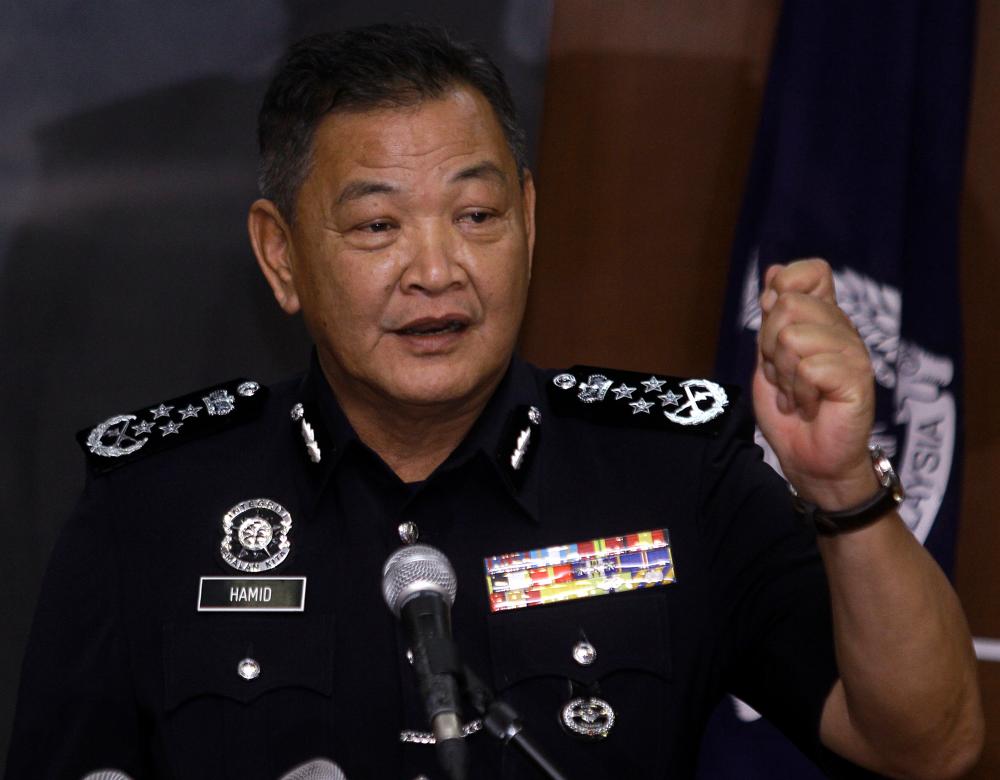 KUALA LUMPUR: Inspector-General of Police Tan Sri Abdul Hamid Bador (pix) said today that police will not restrict or prohibit the people from expressing their discontent over the current political situation as long as it is carried out within the perimeters of the law.

The top cop said the law does not restrict the people from their right to speak out.

However, he said, exercising such right should be done with prudence and should not be tainted with incitement and profanities.

Abdul Hamid urged non-governmental organisations (NGOs) and those who speak up on the current political upheavel to obey the law.

“People are free to gather, express their thoughts and voice out by speech or writing. They can viral it if they wish. Police will respect their rights. I too do not like my personnel to arrest anyone as if this is a police state,” said Abdul Hamid.

“However, they should respect the law and do it in an appropriate way. If they wish to gather, then they should notify us first. Give us time to arrange to assist in traffic control and manage security. It is also to avoid any possible clash with opposing groups. Imagine having 10 NGOs gathering simultaneously and the traffic issues it can cause. Why hold it smack middle in the city. There will be chaos. Think of those who are going about their daily lives and are not involved with the gatherings.”

Abdul Hamid said although the gatherings will come under laws of the Peaceful Assembly Act (PAC), police will invoke the Sedition Act if there are parties that instigate people or incite violence.

He said those behind the gatherings in the city over the weekend will also be investigated.

It is learnt that the gatherings were held without notification to police as required by the PAC.

Activists Datin Paduka Marina Mahathir and Datuk Ambiga Sreenevasan were among those at the gathering.

On Sunday and yesterday, three people were arrested here and in Kuching for allegedly posting seditious comments against the Yang Di-Pertuan Agong.

They are being held under a remand order for investigations.

“We learnt that one of them whom we arrested has mental health issues and has a psychiatric record. It is dangerous in such situations. We will take strict action on those who breach the law.” Abdul Hamid said in a press conference at Bukit Aman today after an official visit by Armed Forces chief General Tan Sri Affendi Buang.

Socso paid RM11.9 mln in compensation to employees infected with Covid-19 at workplaces

3.Socso paid RM11.9 mln in compensation to employees infected with Covid-19 at workplaces