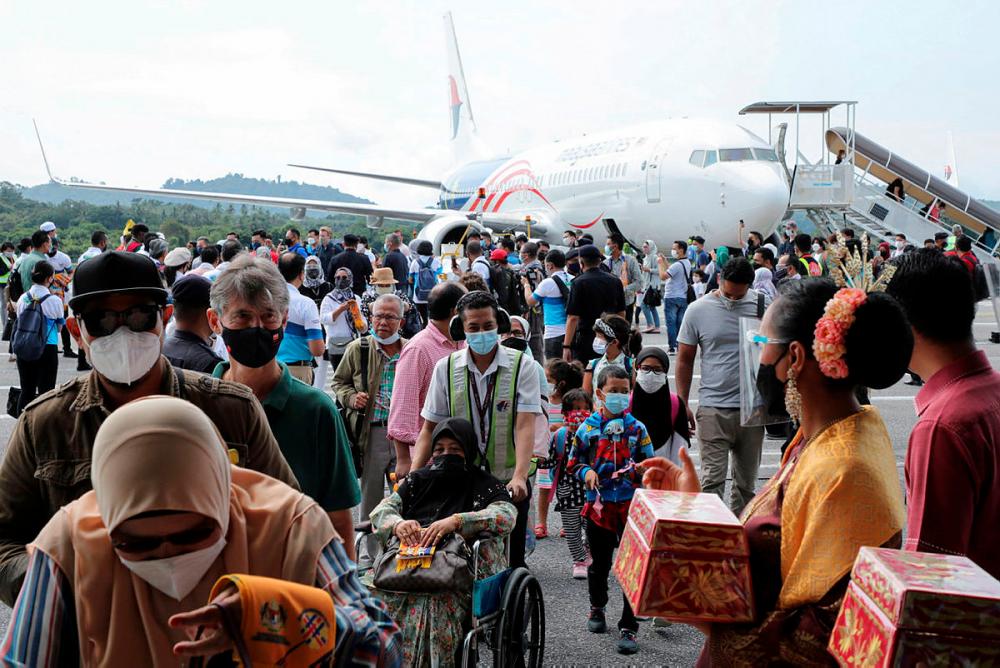 Some of the tourists who arrived in Langkawi, recently. -BERNAMAPix

ALOR SETAR: No positive Covid-19 cases have been reported involving tourists visiting Langkawi thus far, since the holiday island was opened under the travel bubble initiative on Sept 16.

“This is due to the successful implementation of standard operating procedures (SOPs), including at the screening stage at KLIA (Kuala Lumpur International Airport), when five people had to delay their travel after testing positive for Covid-19.

“Those who were positive were already detected at the screening stage, they have yet to reach Langkawi. This means that the SOPs have been implemented well,” he said.

He was answering a supplementary question from Azhar Ibrahim (PAS-Ayer Hitam) who wanted to know about the impact of the implementation of the SOPs on tourists in Langkawi, during the State Assembly sitting today.

Meanwhile, Mohd Firdaus said the state projected that 200,000 tourists will enter Langkawi by the end of this year.

He said the success of the travel bubble in Langkawi, which was a pioneer, showed a positive development when the Ministry of Tourism, Arts and Culture announced that other tourism destinations would also be opened from Oct 1.

Meanwhile, he said the reopening of the Kuala Kedah Jetty, which is one of the main routes to Langkawi tomorrow, will also benefit the people of Kedah.

“When the jetty was closed previously, due to the implementation of the Enhanced Movement Control Order (EMCO), the effect was felt because tourists had to be diverted to Kuala Perlis to board the ferry to Langkawi.

“As the jetty reopens tomorrow, we will see that the people in Kuala Kedah will also be able to enjoy the effects of the reopening of Langkawi,” he said.