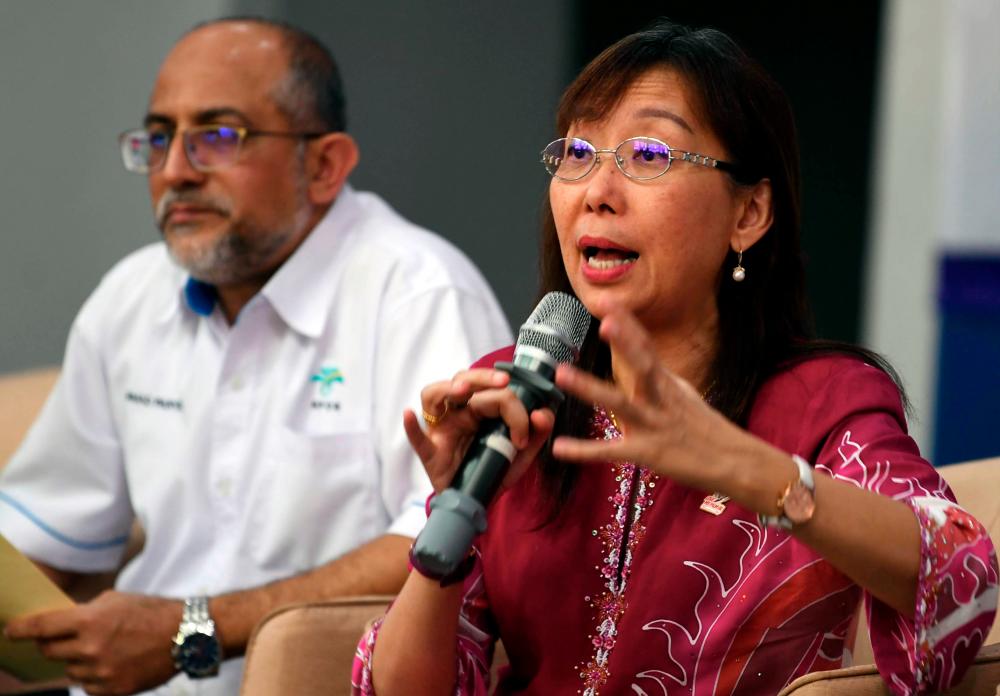 She said it was learned from several discussions that Indian palm oil buyers want Malaysia to increase its export of crude palm oil and reduce the export of refined palm oil.

“What boycott? They just want us (Malaysia) to export more crude palm oil and reduce the export of refined palm oil,” she told reporters after a briefing on the Malaysian Sustainable Palm Oil (MSPO) Certification Scheme and a dialogue with Selangor oil palm growers, here.

Kok was responding to queries on recent media reports of a move by India to boycott Malaysian palm oil.

“If they continue to disregard the matter, we will begin to impose compound fines from July. And from early next year, the MPOB will not hesitate to suspend or withdraw their licence,” he said.

As of last Friday, 76.3% or 345 palm oil mills in the country had secured the MSPO certification while plantations comprising 3.67 million ha of the 5.85 million ha under oil palm had the certification. - Bernama

4.MOH closely monitoring WHO, other countries on Omicron variant