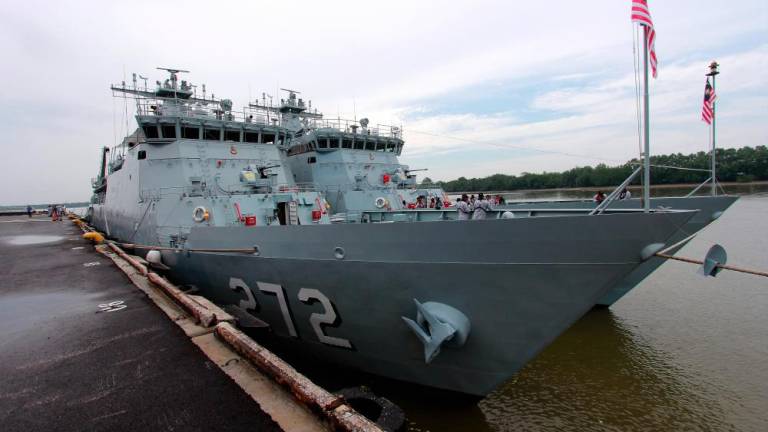 KUALA LUMPUR: The government’s decision to build four littoral mission ships (LMS) of the Royal Malaysian Navy (RMN) in China does not bring any negative effects in terms of technology and knowledge transfer as well as Malaysia’s dependence on China, the Defence Ministry said today.

In a statement, it said the original plan was to build two units of LMS in China and two more in Malaysia, but after considering the country’s current financial situation, the government in October 2018 agreed to build all four in China.

“Following that, China agreed to implement programmes on transfer of technology and knowledge to Malaysia through Boustead Naval Shipyard Sdn Bhd (BNS) and the identified vendor companies, including in areas of maintenance, repairs and overhaul, and logistics support.

“Although LMS may be built in China, Malaysia will not lose high skills jobs because BNS will ensure that such expertise remains with BNS. If necessary, these highly skilled workers can deepen their knowledge through technology transfer and job placement,” the statement said.

It said this method would ensure that Malaysia benefits in terms of career development in fields that require high expertise.

“This will support RMN’s needs in the maintenance and repair of strategic national assets and at the same time reduce our dependence on foreign countries.

“It should be stressed that the procurement contract signed is between the Malaysian government and BNS. Furthermore, BNS still gets opportunities and benefits through a project to build littoral combat ships which is being undertaken in Lumut,“ the statement added.

The contract on the procurement of four LMS between the Malaysian government and BNS was signed on March 23, 2017. The RM1.048 billion project will be implemented over four years from 2017 to 2021. - Bernama