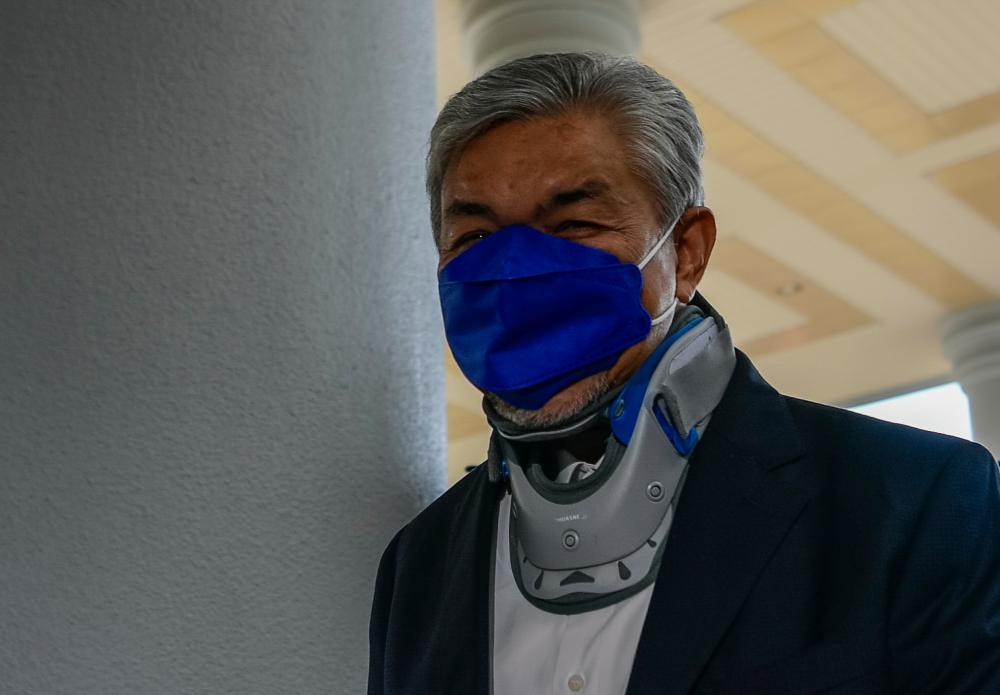 KUALA LUMPUR: The High Court today heard that none of the witnesses had testified that Datuk Seri Dr Ahmad Zahid Hamidi(pix) was given bribes nor were there elements of corruption in the payments involving Yayasan Akalbudi, the charity foundation founded by the former deputy prime minister.

Counsel Hisyam Teh Poh Teik, representing Ahmad Zahid, said the prosecution witnesses had testified that they had never bribed the accused because the payments made to the foundation were political donations and for charity and this was supported by financial documents.

“Based on the manner of the transactions, there was no corrupt element. The prosecution witnesses said they had never bribed the accused.

Hisyam said this in his submission-in-reply at the end of the prosecution's case against Ahmad Zahid, who is facing 47 charges of criminal breach of trust (CBT), corruption and money laundering involving Yayasan Akalbudi funds.

Hisyam further submitted that the payments which were made through cheques never went into the accused's personal bank account, but were made to the account of Lewis & Co, the law firm identified as the trustee for the charity foundation during the trial.

“We describe these transactions as open transactions, no element of secrecy; it has all been scrutinised ... the cheques could also be traced. All of the payments were received in the form of a cheque and not cash; it was not made in the dark or under suspicious circumstances,“ he said.

The lawyer said according to the prosecution witnesses, the transactions were in fact audited by internal and external auditors.

“Witnesses have also agreed that they were open transactions, nothing suspicious about the transactions,” Hisyam said.

The hearing today was cut short as Ahmad Zahid needed to go for his Covid-19 vaccine booster appointment this afternoon.

Ahmad Zahid, 68, is facing 47 charges - 12 of CBT, eight of corruption and 27 of money laundering - involving tens of millions of ringgit belonging to Yayasan Akalbudi.

Based on the eight counts of bribery, Ahmad Zahid was alleged to have accepted bribes from three companies, namely Mastoro Kenny IT Consultant & Services, Data Sonic Group Bhd and Profound Radiance Sdn Bhd as an inducement for him, in his capacity as then Home Minister, to help the companies to obtain MyEG projects, supply passport chips and to be appointed the operator of migrant visa one-stop centres in Pakistan and Nepal respectively.

He allegedly committed all the offences at the Maybank branch at Dataran Maybank in Jalan Maarof, Bangsar, between July 15, 2016, and March 15, 2018, under Section 16(a)(B) of the Malaysian Anti-Corruption Commission (MACC) Act 2009 and is liable to be penalised under Section 24(1) of the same Act.

If convicted, he is liable to be jailed up to 20 years and fined not less than five times the bribe amount or RM10,000, whichever is higher.-Bernama