Nothing wrong with CNY decoration in schools: Gobind 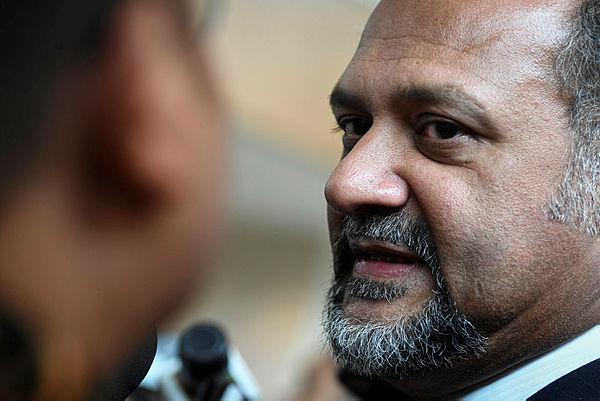 PETALING JAYA: Gobind Singh Deo (pix) has expressed his bemusement over the fuss with a Chinese New Year decoration in a school, saying there is nothing wrong with putting up such decorations during cultural celebrations.

The Communications and Multimedia Minister and Puchong MP said Malaysians have been celebrating these events for years, and that the concerns raised by Parti Bumiputera Perkasa Malaysia (Putra) were unfounded.

Gobind said he also believed that the school should not have given in to the demands for the decorations to be taken down after it was reported that the principal, Rohani Mohd Noor, has agreed to do so.

“We need to respect each other and celebrate events like these together. I don’t see anything wrong with the decorations at all.

“They are not religious in nature and are not in celebration of any religious event. The concerns allegedly raised by Putra are therefore misplaced,” he said in a statement today.

Putra vice-president Mohd Khairul Azam Abdul Aziz, who is also a lawyer, had yesterday threatened to report SMK Pusat Bandar Puchong 1 to the authorities for going overboard with its Chinese New Year decorations.

He claimed that the decorations were religious in nature and was unconstitutional, and that Muslim parents were worried by what they claim as an attempt to propagate a non-Islam religion to the students.

Khairul Azam did not provide any proof of the complaints, and despite his claims, Chinese New Year is not a religious celebration.

Check by theSun at the school also found no elements of religion in its decorations.

Foreign Minister Saifuddin Abdullah also reminded that the celebration has nothing to do with religion, pointing out that Malaysians have celebrated it for decades together and that this tradition must continue.

“Among Malaysians’ strengths is its people - diverse in race, culture and religion, living in peace and harmony. This needs to be strengthened in the spirit of peaceful coexistence,” he posted on his Twitter.