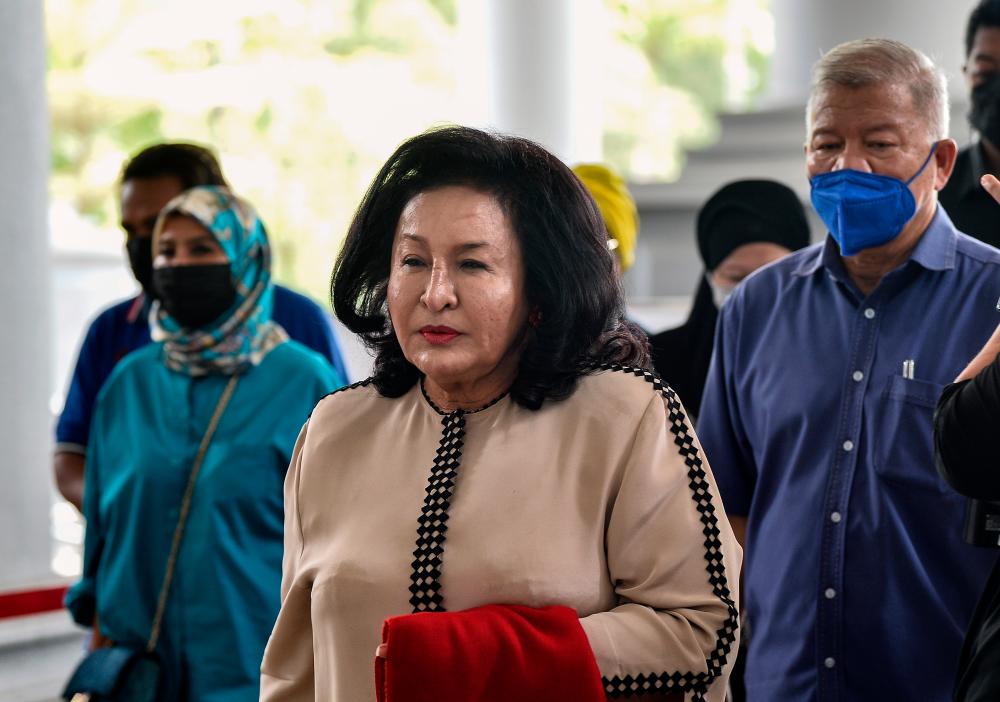 PUTRAJAYA: A new date for case management has been fixed on Nov 14 for Datin Seri Rosmah Mansor’s appeal against her conviction, 10-year jail sentence and RM970 million fine for corruption involving the RM1.25 billion hybrid solar project for 369 rural schools in Sarawak.

Deputy Public Prosecutor Poh Yih Tinn said during the online case management before Court of Appeal deputy registrar Mohd Khairi Haron today, Rosmah’s counsel Datuk Jagjit Singh informed the registrar that they have yet to collect the record of appeal.

Poh said the lawyer also asked for his client’s appeal against Kuala Lumpur High Court Judge Mohamed Zaini Mazlan’s decision not to recuse himself from hearing and deciding on the solar case, to be heard first.

“I told the registrar that the prosecution has no objection to Rosmah’s appeal to disqualify the judge to be heard first.

The court then fixed Nov 14 for the next case management to check on the filing of the petition of appeal,” Poh said when contacted.

However, another Rosmah’s counsel Datuk Akberdin Abdul Kader told Bernama that they have not filed the petition of appeal yet.

On Sept 1, Judge Mohamed Zaini convicted Rosmah, the wife of former Prime Minister Datuk Seri Najib Tun Razak, on three charges of corruption and sentenced her to 10 years in jail for each of the charges with the prison terms to run concurrently.

The judge also fined her RM970 million and if she failed to pay the fine, she will be liable to a total of 30 years in jail.

The High Court, however, granted her a stay of execution of the imprisonment term and fine pending her appeal to the Court of Appeal.

Rosmah subsequently filed an appeal against her conviction and sentence on Sept 2.

She is also appealing against the High Court’s decision to turn down her application to disqualify Mohamed Zaini from hearing and deciding on her case. - Bernama