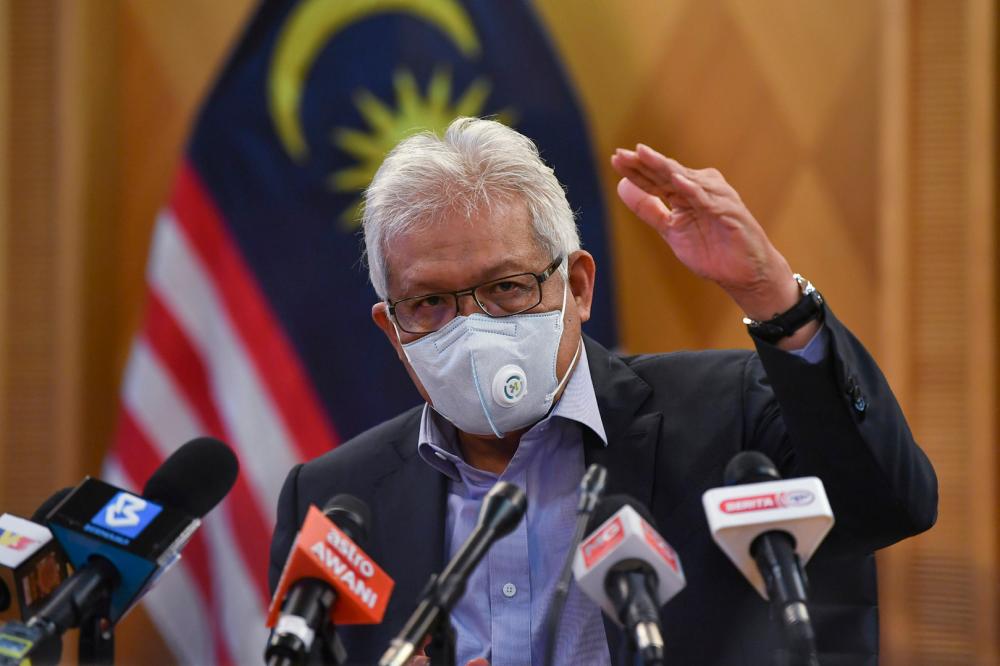 PUTRAJAYA: The Home Ministry has empowered district police chiefs to lead a major nationwide operation dubbed Op Patuh starting tomorrow to check on standard operating procedure (SOP) compliance at workplaces and business premises, with the focus on the Covid-19 hotspot states of Selangor and Kuala Lumpur.

Home Minister Datuk Seri Hamzah Zainudin said the district police chiefs (OCPDs) would act as ground commanders to coordinate the operation, which will be conducted jointly with other enforcement agencies.

The Covid-19 Movement Control Order SOP Compliance and Enforcement Coordination Committee (JKPS) had set several key performance indicators (KPIs) for the OCPDs to monitor the effectiveness and smoothness of Op Patuh, he said.

“The OCPDs will come out with their own Facebook, other media platforms to give live reports to us ... so the whole country can see it tomorrow,” he told a press conference after chairing a JKPS meeting here today.

Hamzah said to ensure the effectiveness of Op Patuh in Selangor and Kuala Lumpur, JKPS had sought the cooperation of the Selangor government and Kuala Lumpur City Hall to obtain maps of industrial areas and workers’ accommodations which posed a high risk for the spread of Covid-19.

“Op Patuh will take into consideration the information in these maps when conducting the enforcement operation from time to time.

“Firm action without any compromise will be taken against any party found to have violated the SOP and other government directives under the Prevention and Control of Infectious Diseases Act 1988 (Act 342) and other existing acts,” he added.

Hamzah said employers who breached the SOP under Phase One of the National Recovery Plan would face stern action.

“From the many arrests made in Selangor and Kuala Lumpur, some workers told us that although their colleagues had contracted Covid-19, others were not quarantined.

“We have gathered all this information, and tomorrow we will arrest the employers as well because they have not only committed offences but also have been cruel to their workers,” he said.

Hamzah said Op Patuh is an integrated operation involving tighter checks and monitoring as well as the deployment of strategic assets such as helicopters and drones belonging to the Royal Malaysia Police (PDRM), Malaysian Maritime Enforcement Agency (MMEA) and Fire and Rescue Department.

“Usually when we entered through the front door, they (workers) would exit via the back door. So with helicopters and drones, we can have a comprehensive view of the area,” he said.

He said the JKPS meeting also streamlined the tasks of the agencies involved in the enforcement operation.

PDRM would take charge of the operation in the manufacturing sector, local authorities would lead the enforcement against restaurants and food outlets, and the Domestic Trade and Consumer Affairs Ministry would head the operation at business premises, distribution and retail outlets, he said.

“This is important to ensure better coordination at the level of every enforcement agency and to avoid overlapping inspections on premises by different agencies on the same day,” he added.

On the PDRM-led Op Patuh conducted from June 25 to 30, he said almost 126,207 premises such as factories, workers’ hostels and business establishments were inspected.

From the inspections, 602 compounds were issued against factories and premises, with 60 premises ordered to shut for various offences of violating the SOP and MCO directives, he said.

He also said that between June 1 and 28, a total of 744 illegal immigrants were arrested for various offences by the Immigration Department through 169 operations conducted throughout the country. — Bernama