Only the Malays can restore dignity of the Malays: Dr Mahathir (Updated) 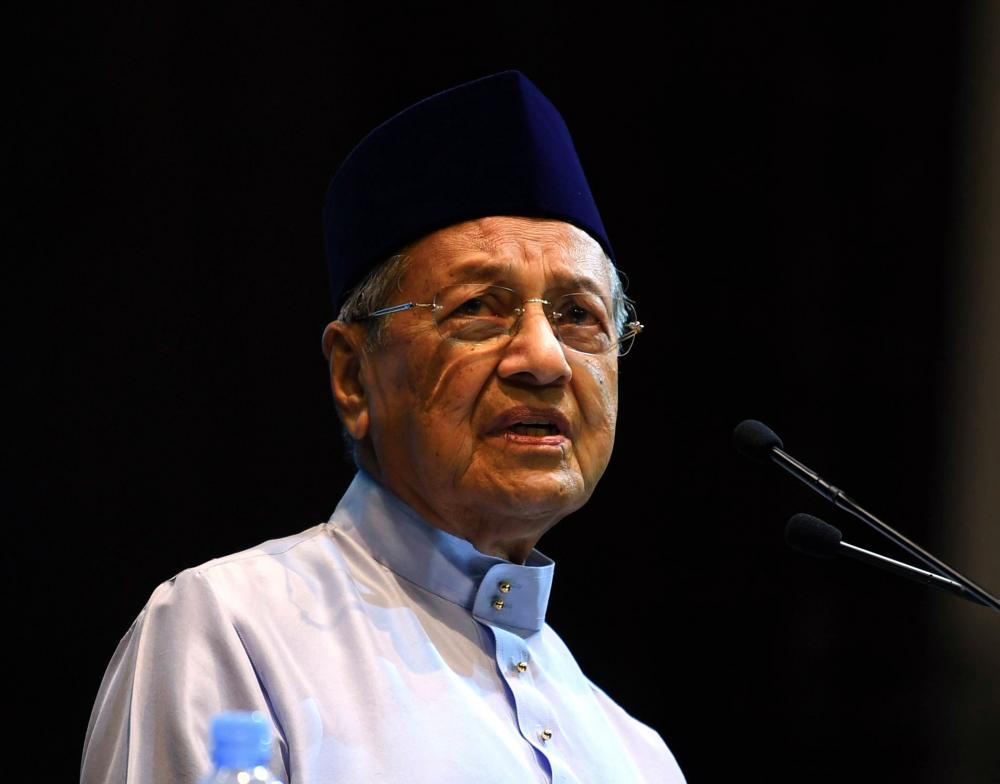 SHAH ALAM: The Malay leaders in Pakatan Harapan (PH) had to rely on non-Malays for support to win the 14th general election as the Malay votes are split due to the existence of multiple Malay-based parties.

Prime Minister Tun Dr Mahathir Mohamad said the Malays in the country were themselves to be blamed for causing this split, noting that many of them were fighting against one another.

He said this had forced his party (Parti Pribumi Bersatu Malaysia) and other Malay leaders in the coalition to work with the non-Malays, while also acknowledging that the “Malay element” in PH today is not as strong as that under the Barisan Nasional (BN) regime previously.

“Previously, we could rely on Malay leaders because the BN government led by the Malays then was really strong. Now the Malay element is not that strong, because we have to think about the feelings of the other races too. Otherwise, we (PH) will lose the general election.

“We (Malays) are split and no single party can get the support of 50% of the rakyat. This is our own doing, we are the ones who caused this split. And when we fight each other, then we are forced to rely on others for victory,” he said at the Malay Dignity Congress, here, yesterday.

“And when this happens, we will somehow be indebted to them (non-Malays), and we are afraid if we don’t get their support, then we won’t be where we are today,” he added.

Mahathir said many Malays continue to rely on the government to uplift their well-being without them helping themselves out, despite various assistance and opportunities provided to them.

Mahathir also noted that the then Malaya had belonged to the Malay race, but their attitude of relying on other races to do their jobs here had finally let the non-Malays to have greater control today than they had before.

“We didn’t want to do certain jobs back then, so those from the other countries came in here. They wouldn’t come to Malaysia if there was no opportunity for them.

“We were too reliant on others that today we are enslaved, because the other races are much more advanced than us, achieving so much in this country just because we didn’t fill those positions before,” he said.

Mahathir said the Malays were being left behind not because they lacked potential and ability, but because they did not have the willingness to carry out work and jobs required of an independent nation.

“What I am saying today may not be sweet to the ears, but this is what is happening. And this (nation) will be inherited by our future generations.

“As long as we don’t change our way of living, unwilling to take up the dirty and difficult jobs, then we will forever be left behind on our own soil,” he said.

Commenting on cash handouts to lower income families, Mahathir said he felt embarrassed that recipients were more than happy to accept cash rather than work for it.

He also urged the Malays not to use yesterday’s congress as a platform to seek the government to assist them in gaining back their dignity, but to use it as a platform to push themselves to do better.

“Dignity can only be restored by our own selves. If we don’t do anything to fix the situation, nothing will change. This should be the message of today’s Malay Dignity Congress,” he said.