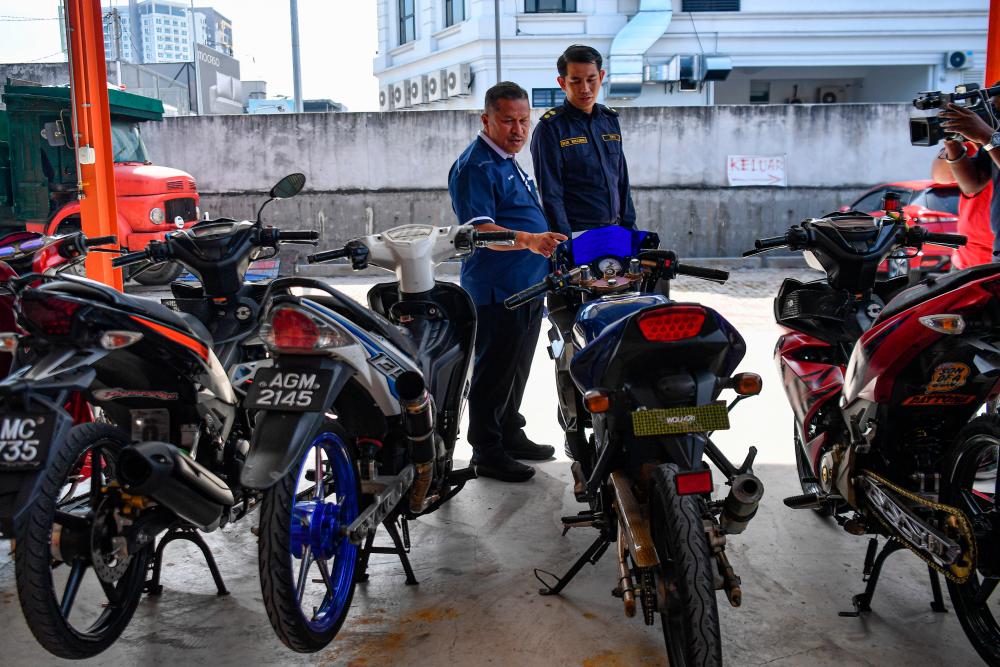 The operation which was conducted at the Juru and Penang Bridge toll plazas, here, started at 8 pm and ended four hours later.

“A total of 675 motorcycles were inspected in the operation.

“Among the offences committed were riding motorcycles without a licence or with expired licences, no insurance coverage, illegal modifications and using ‘fancy’ number plates,” the department said in a post on its official Facebook page.

The operation also involved personnel from several other agencies including the Penang Traffic Investigation and Enforcement Department, the National Anti-Drug Agency (AADK).

The Penang JPJ advised the public to obey traffic rules, laws and regulations and not engage in illegal racing as it could not only endanger their own lives but also the safety of other road users. - Bernama