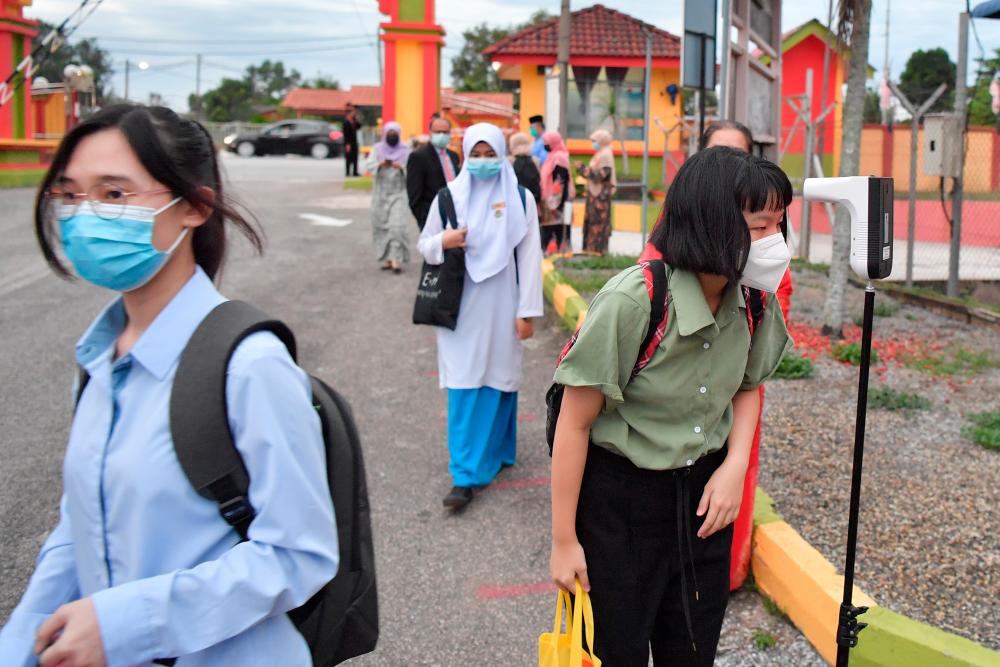 KUALA LUMPUR: The operation of educational institutions under the Ministry of Education (MOE) based on provision under Phase Four of the National Recovery Plan for Melaka, Selangor and the Federal Territories of Kuala Lumpur and Putrajaya, will take effect only on Nov 1.

For operation of educational institutions based on Phase Three of PPN for Kedah and Kelantan, which are currently under Phase Two of PPN, will start on Oct 31, while those in Penang, Perak and Sabah, will begin on Nov 1.

MOE, in a statement today, said the change in the operation dates was in line with the transition of Phase Three to Phase Four of the PPN for Kuala Lumpur and Putrajaya, Selangor and Melaka; as well as from Phase Two to Phase Three of the PPN for Kelantan, Perak, Penang, Sabah and Kedah, effective this Monday (Oct 18).

“States that move to Phase Four of the PPM will involve the admission of Level 1 (Year 1, 2 and 3) primary school students, as well as Form 3 and Form 4 students in secondary schools on Nov 1.

Prior to this, the ministry had said that the education institutions will operate according to provisions in the new phase of the PPN two weeks after the date of the transition of the states concerned. — Bernama