Opposition MPs chant ‘memalukan’ after Rayer is sent off (Updated) 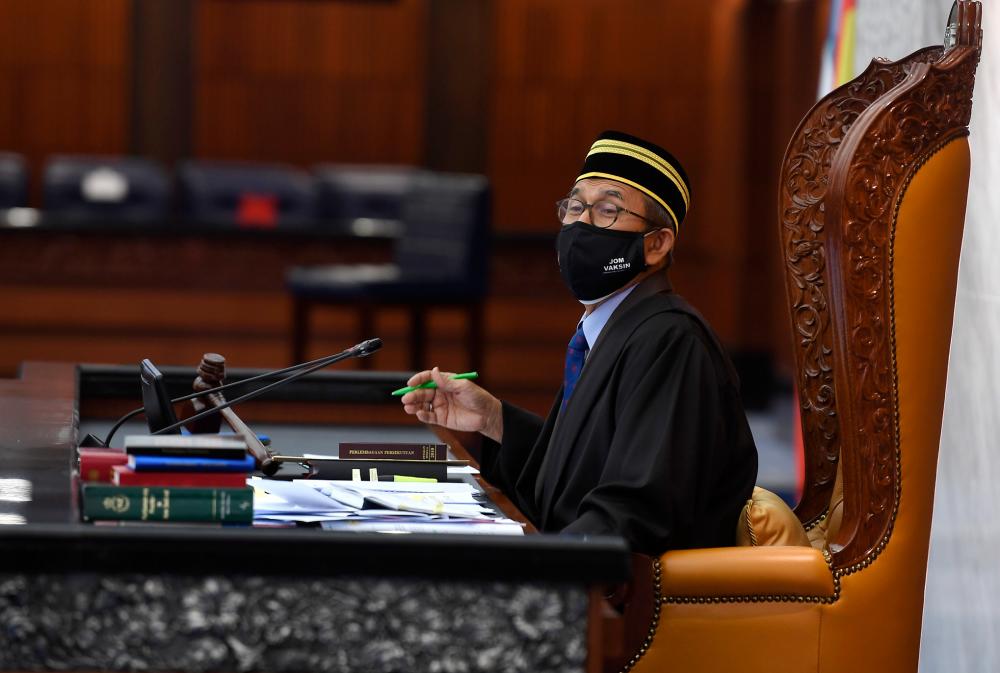 Rayer stood by his usage of the word “memalukan” despite being warned three times by Mohd Rashid to retract his statement.

This resulted in the Jelutong MP being evicted and suspended for two days from today.

The commotion started when the motion to replace Dewan Rakyat Speaker Datuk Azhar Azizan Harun was rejected by Rashid to be debated in Parliament.

“I was told that the motion was rejected and I was not involved in this. You can ask him (deputy speaker) later at 2.30pm in the next session,“ he said.

“I am in a position of conflict so I recuse myself from making the decision,“ he said in response to the question first raised by M. Kulasegaran (PH-Ipoh Barat) on why the decision to forgo the motion of confidence against him.

When several lawmakers including Gobind Singh Deo (PH-Puchong) and Datuk Seri Anwar Ibrahim (PH-Port Dickson) continued to demand Rashid to explain, Azhar gave in and called for the deputy speaker to give the explanation needed.

Rashid said the motion was rejected due to the failure in fulfilling required technicalities under Parliamentary Standing Orders.

“There were 11 by Amanah MPs and two motions filed by PKR MPs, but all of the motions did not meet the requirements and I’ve written in reply to each of the motions that were filed. Please read the answers and my decision is final,“ he said.

Rayer then said the decision should be informed when it had been decided and he said: “You are abusing your power. People are watching you, ‘memalukan (shameful)’.”