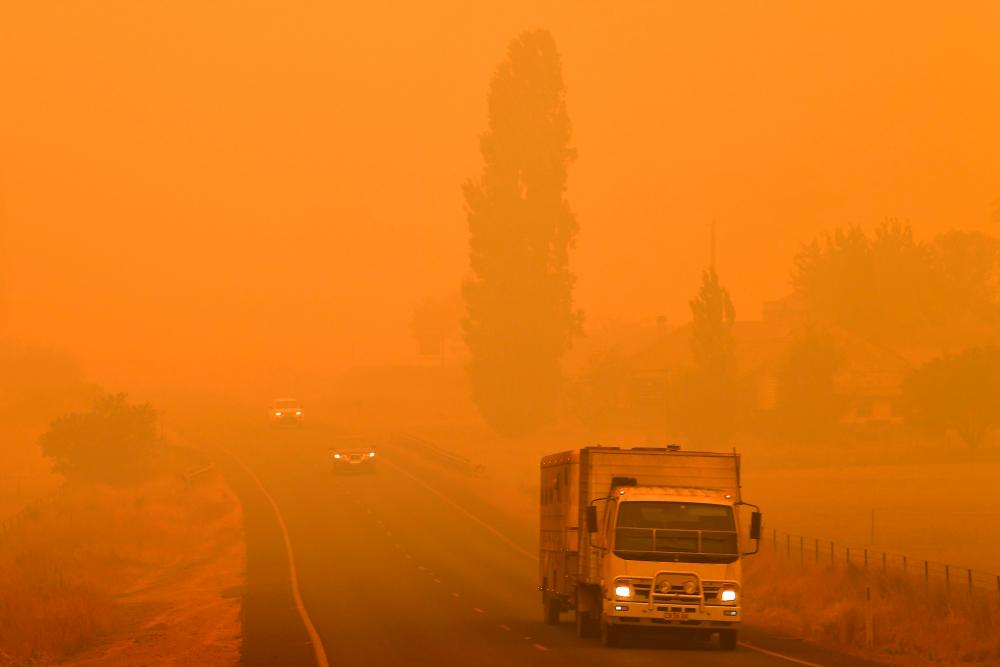 Residents commute on a road through thick smoke from bushfires in Bemboka, in Australia's New South Wales state on January 5, 2020. - AFP

Australia has entered a dangerous phase with high temperatures and strong winds set to exacerbate the already devastating fire conditions across the country.

“There are fears a number of still-raging blazes could merge to create ‘monster infernos’ in Victoria and New South Wales,” Lim said in a statement.

“Emergency warnings are in place in Victoria and New South Wales, with scorching temperatures and unpredictable winds arriving, fanning hundreds of fires that continue to burn across large parts of Australia’s east.”

Thousands of firefighters have been deployed but there are fears that major blazes burning could spread into untouched regions, the Iskandar Puteri MP added.

Lim said the assistance would be in the spirit of good neighbourliness.

Since September, the fires in Australia have killed at least 23 people. Dozens of people are missing and some 1,500 homes have already been lost this fire season.

5.MOT in final phase of gazetting vehicle plates for PwD