Over 100,00 children in Sabah to be given polio vaccination regardless of citizenship status 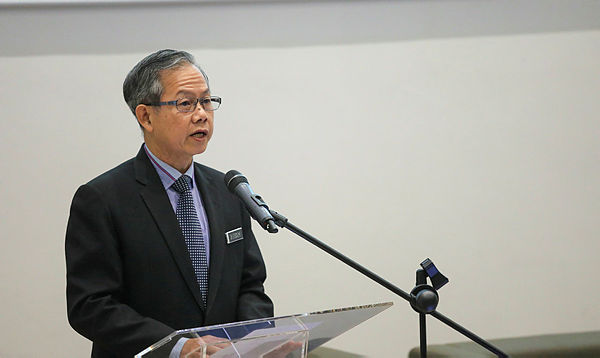 SUNGAI SIPUT: Over 100,000 children aged five years and below in Sabah will be given polio vaccination to prevent the spread of the virus.

Deputy Health Minister Dr Lee Boon Chye (pix) said all the children regardless of their citizenship status would be vaccinated once the vaccine is available.

“Based on the data, if not for the problems over the illegal immigrant issue, the immunity level of local children in Sabah could have surpassed 95%.

“We will work with the WHO (World Health Organisation) as well as non-governmental organisations and the Philippines government so that the situation can be controlled,“ he told reporters at an event here last night.

Yesterday, Health director-general Datuk Dr Noor Hisham Abdullah confirmed that two more children had been infected with polio virus in Sabah after a three-month baby boy was recorded having the disease in Tuaran.

On Dec 6, a three-month-old baby boy from Tuaran was admitted to the Intensive Care Unit of a hospital after being confirmed infected by vaccine-derived poliovirus type 1 (VDPV1), which is the first polio case after Malaysia was declared polio-free 27 years ago. — Bernama