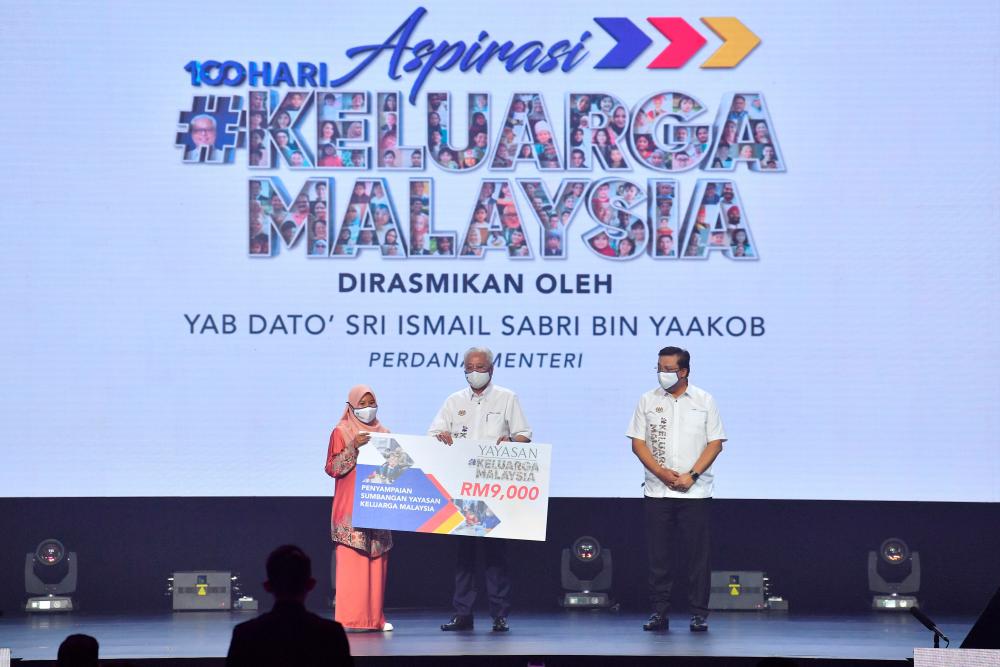 It is being held for four days from today at the Kuala Lumpur Convention Centre (KLCC).

Prime Minister Datuk Seri Ismail Sabri Yaakob said this was among the government’s efforts to help create more employment opportunities, especially for the youth, in line with the thrust of improving the well-being of the people.

Apart from that, he said 14,470 students of Higher Learning Institutes (IPTs) had obtained job placements through the GetHired@KPT Programme under the Ministry of Higher Education (KPT).

“Through the Ministry of Human Resources’ MyFutureJobs portal, a total of 55,528 job placements from various sectors have been implemented,“ he said when officiating the 100-day AKM programme today.

The Prime Minister said since Sept 1, a total of 728,444 vacancies were registered on the same portal.

In the meantime, Ismail Sabri said the government was always committed to providing assistance that could strengthen the social well-being of Malaysian families.

According to him, an allocation of RM8.2 billion had been channelled through the ‘Bantuan Keluarga Malaysia’ (BKM) aid to 9.6 million eligible recipients in stages.

He added that Yayasan Keluarga Malaysia (YKM) was also launched on Oct 23, as a manifestation of love and care to look after the welfare, education and future of children affected by Covid-19 and other disasters.

At the ceremony, the Prime Minister also presented contributions from YKM to eight recipients.

After that, he spent about 15 minutes visiting the booths of several ministries, including the Ministry of International Trade and Industry (MITI) and the Ministry of Finance. — Bernama