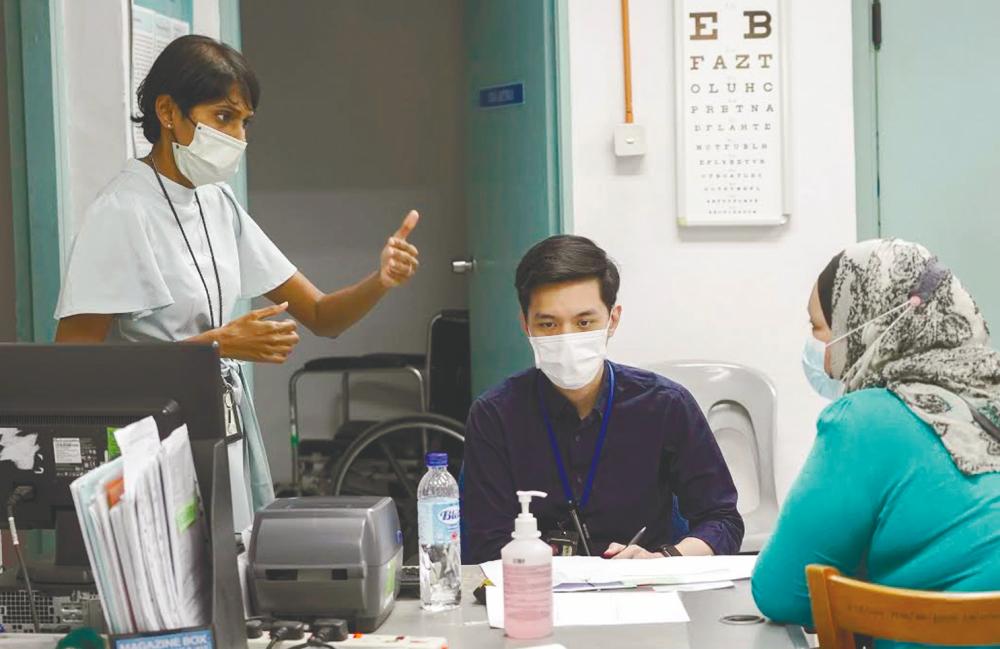 Anila having a discussion on care for her patients. Amirul Syafiq/THESUNpix

CARING for the dying is a call of duty for palliative specialist Dr Anila Perumal, who has devoted her career to easing the final phase of patients at the end-of-life stage.

“Many physicians look at it as a depressing career. However, interest in it has picked up the last 10 years,” Anila told theSun.

As one of only about 40 palliative care specialists in Malaysia, Anila has a multidisciplinary approach to dealing with patients and their family members, who are their main caregivers and support system.

“Palliative care addresses their physical and psychological suffering systematically. The emphasis is on the life of the patient, and how to bring meaning and purpose to them.

“We work as a team. There is a psychologist, social worker, an occupational therapist and a nurse. All the members bring different input when caring for a patient.”

Oddly, palliative care was not the first choice of specialisation for Anila. She had wanted to be an endocrinologist, but found her calling 10 years ago while serving at the Malacca Hospital.

“I remember a patient who was admitted for heart failure,” she said of her turning point.

“I thought I had tried everything in the book. I did everything that was taught in medical school but eventually, his illness became irreversible. I felt helpless because I was a specialist.

“I thought I should be able to deal with it, but I didn’t know what to say or what to do.

“The patient had difficulty breathing, was constipated and depressed. It was a big blow to his family when he died in his late 40s. I didn’t know what to say or how to comfort his family. I knew there was a huge gap in my knowledge then. I’ve had little palliative care exposure.”

She later came across a programme under the Health Ministry and enrolled for an intensive programme that opened her eyes to the various ways of dealing with patients during their final stage.

The patient was undergoing treatment but during the Covid-19 pandemic, her husband died of a heart attack.

“She went into deep grief and depression. She didn’t want to go through any more treatment. She came to the hospital a year later but unfortunately, the cancer had spread. Treatment like chemotherapy and radiotherapy became challenging because it had advanced so much.

“When I first saw her, the situation seemed grim but with a palliative care background, we look at a patient as a whole person and try to understand what brings meaning to their life.

“She was aware that her health wasn’t getting better. She said as a teacher, the lives of her students whom she has touched brought meaning to her. That gave her a lot of dignity at a time when she was weak and had lost her independence.”

Taking a cue from her patient and with a psychologist, they organised a Google Meet with the patients’ students.

“She was smiling and she sat up. I’ve never seen a patient who looked so ill become so bright and alive. She said it was not the bottles of medicine that she needed. Instead, she wanted people to look at her as a person.

“The psychological, spiritual and physical needs are something that we need to see separately and holistically as a person. We’re not just treating the disease.”

Anila’s choice of specialising in palliative care has made her understand that medical care is not confined to curative efforts but also helping to give a quality of life that is meaningful to patients.