Sex education needs to be taught in schools, say experts 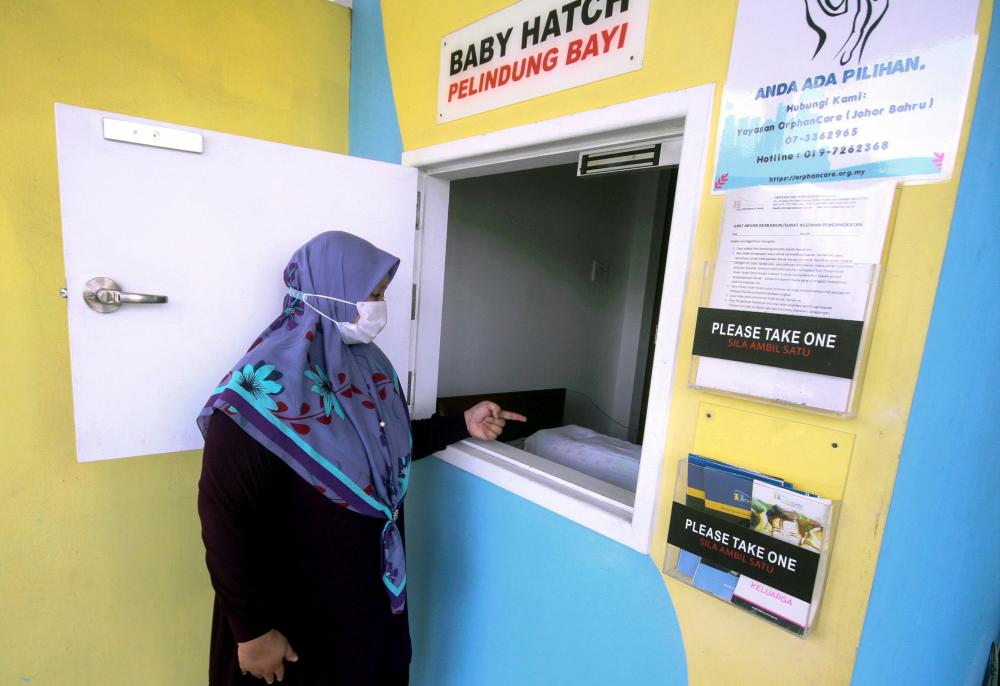 Facilities have been set up in some states to curb baby dumping. BERNAMApix

PETALING JAYA: Prudishness has given way to greater openness even in conservative circles, yet many parents still cringe at the thought of talking about the birds and bees with their children.

As a result, social and health problems such as unplanned babies, abandoned newborns and sexually transmitted diseases (STD) continue to plague Malaysian society, according to experts. The problem is further exacerbated by limited formal sex education at school.

OrphanCare is an organisation that focuses on giving institutionalised children and unplanned babies a better chance at life, given the fact that baby dumping is now a growing problem.

Citing police records, Che Asmah said a total of 424 babies were abandoned from the beginning of 2018 to September this year. “That makes nine babies a month,” she pointed out to theSun. Of the total, 283 or 60% did not survive.

Many have cited the existence of baby hatches as a factor that encourages premarital sex, which results in unplanned pregnancies.

However, Che Asmah pointed out that such facilities, like the one at the An-Sur Specialist Hospital in Bandar Baru Bangi, have help to save 450 babies since 2010.

She said that while sex education would go a long way towards addressing the problem, it remains largely misunderstood in Malaysia.

“Many parents and educators believe it will encourage the young to explore sex. However, they should realise that it is more about creating awareness on respect, boundaries, relationships, precautions, safety, sexual harassment, rape, incest and others,” she said.

In OrphanCare lingo, its reproductive health programme is called “self-awareness talk” rather than “sex education” to earn acceptance in schools and universities.

Che Asmah said its trainers and module, called “Cakna Diri Remaja – I Am In Control”, are certified by the National Population and Family Development Board.

“It empowers the young to be in control of any situation. It is about abstinence, mutual respect and boundaries, prevention, knowledge on sexual harassment, rape, STD, abortion, pregnancy and others,” she added.

OrphanCare is preparing a proposal to have baby hatches at government hospitals, especially smaller hospitals in remote areas, so that more lives can be saved.

All Women’s Action Society (Awam) said changing the term “sex education” to “comprehensive sexuality education” (CSE) could go some way in changing attitudes on the issue, thus helping to safeguard young people’s sexual and reproductive health, and to create a positive impact on their lives.

“The purpose is to enable them to make informed choices with regard to their health,” it said.

Awam said Reproductive Health and Social Education was introduced in 1989 and updated in 2006, but significant gaps remained in the content and presentation.

A 2011 survey by Universiti Kebangsaan Malaysia revealed that 90% of respondents still believe sex education is not being taught at school and information given by teachers is vague.

According to a 2019 study on the CSE, teachers, pupils and parents generally agreed that the abstinence approach was insufficient to empower young people to make decisions about their own safety, security, boundaries and consent.

“This is very well reflected in the large numbers of sexual assault against children, sexual exploitation, high incidence of teenage pregnancy and baby dumping.

“We must cast aside our own prejudices and stigma and be open to creating safe spaces for young people to develop their confidence to address issues that society had long perceived as taboo and sensitive,” Awam said.

According to manuals separately produced by the United Nations and the International Planned Parenthood Federation, the CSE should be an informed choice-based approach, empowering young people to make their own decisions over their own body.