Beleaguered by HIV and social stigma 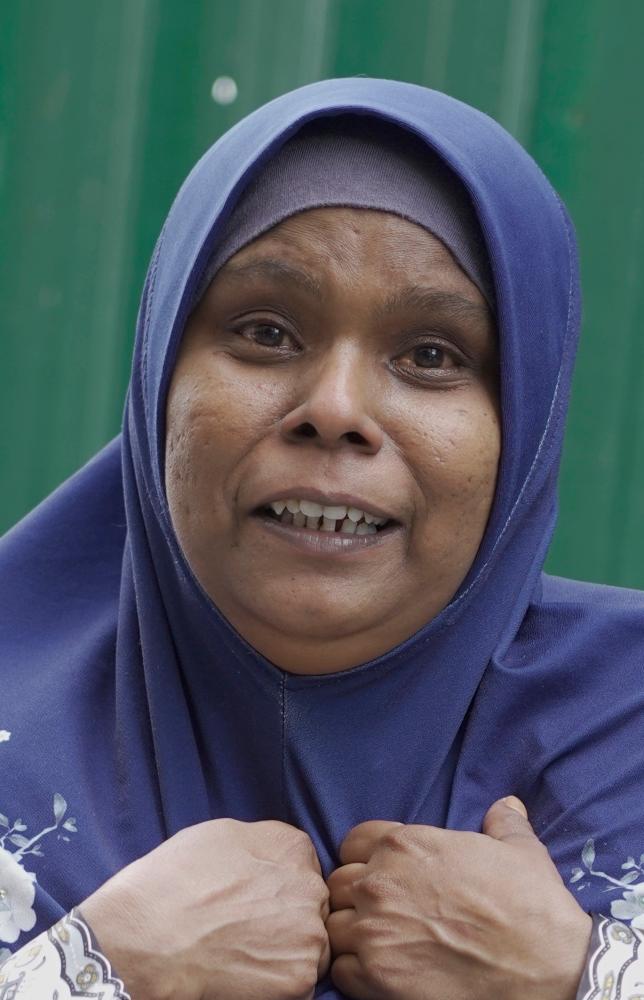 RAGINAH Kassim’s (pix) first reaction when she was told by her doctor that she was
HIV-positive was absolute shame.

“I had not done anything bad, so why was I afflicted with this?” the 35-year-old said of that moment of truth a decade ago.

She agonised over how to break the news to her two sons and two daughters, the eldest of whom was only 10 years old. Her ordeal was heightened by her lack of knowledge of HIV and AIDS.

“I did not understand what HIV was but to keep them safe, I decided to have my meals apart from them,” she told theSun.

Raginah said she was persuaded by a relative to seek medical advice when she started to lose her appetite, developed leg cramps and was constantly feeling tired over several months.

A doctor at the Sungai Buloh Hospital told her the bad news.

But Raginah’s troubles also became a problem for her children. Their friends and schoolmates found out about her illness and started to taunt them.

“My children were verbally abused at school. Their peers had the idea that a person living with HIV was ‘impure’ and ‘dirty’,” she said.

The situation deteriorated to a point where she was forced to transfer her children to another school.

The illness began to take an emotional toll on Raginah and she isolated herself in her 600 sq ft flat in Kuala Lumpur.

“I was afraid to be seen. I felt humiliated by the burden that my children had to carry.”

It did not help that she had to take care of her children all by herself.

Fortunately, the Malaysian AIDS Council (MAC) reached out to assure her that she was not alone.

It took some time, but Raginah eventually regained her confidence and began to participate in activities with MAC.

In 2019, she joined a fundraising event at KL Sentral in conjunction with World AIDS Day. Her team managed to raise about RM10,000 by selling red ribbons, making them the top sellers. The success brought her joy and a feeling of triumph.

“It felt good to have won the top prize.”

She was grateful for the support she received from others who were also living with HIV.

Armed with a new-found purpose, she enrolled her children in tuition classes and joined a conversational English class once a week. She enrolled in a bakery class and was given RM2,000 from the Malaysian AIDS Foundation under the MyLady Assistance Scheme programme as seed money to start her own cheese muruku business.

Raginah is more independent now as she has learned to cope with her illness and her children are much older. However, life continues to be a struggle.

The Covid-19 pandemic and movement control order put paid to her business venture and she is back relying on the RM650 a month welfare money.

She said she received food aid twice during the pandemic but there were times when the family did not have enough to eat.

She continues to receive stinging remarks from neighbours but she has learned to ignore them.

As the world marks World AIDS Day on Wednesday, Raginah is thankful that she has found a family among those also living with HIV.