Pan Borneo Highway: Phase 2 expected to be completed by 2028 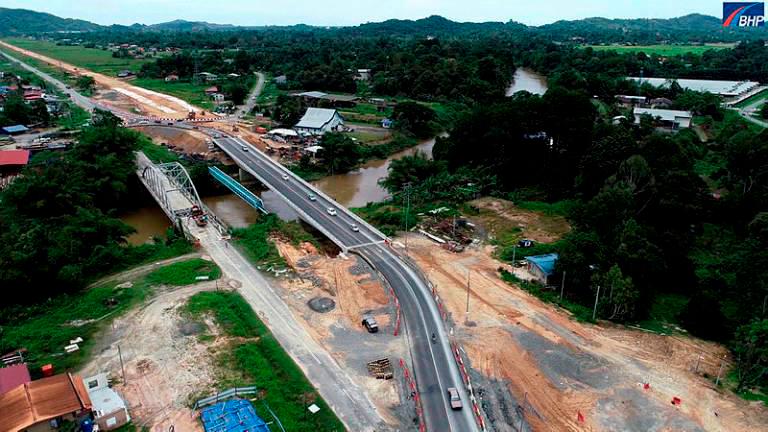 KUALA LUMPUR: The construction of Phase 2 of the Sarawak Pan Borneo Highway (LPB) from Limbang to Lawas will resume this year and is expected to be completed in 2028, said Deputy Works Minister Datuk Arthur Joseph Kurup.

He said the government was committed to completing the project which has the objective of facilitating travel between the two areas without passing Brunei.

The Cabinet had agreed in principle with the implementation of the project, during its meeting on March 4, he said at the question and answer session in the Dewan Rakyat today.

He was responding to a question from Ahmad Johnie Zawawi (GPS-Igan) on the latest status of the construction of Phase 2 of the Sarawak LPB which was cancelled by the previous Pakatan Harapan (PH) government.

Prime Minister Datuk Seri Ismail Sabri Yaakob had previously given an assurance that he would find a way to resume the construction of Phase 2 of the LPB project (Sarawak) from Limbang to Lawas.

During the Prime Minister’s visit to Brunei on Feb 14 and 15, he said the government had agreed to approve several high-impact projects including the Trans-Borneo Highway covering Phase 2 of Sarawak’s portion of the LPB and Phase 2 of the Sarawak-Sabah Link Road (SSLR) project.

On the work progress of Phase 1 of the LPB project in Sarawak involving a 786km stretch, Arthur said it was 78 per cent completed as of last January.

He said there were several packages in the project that would experience a slight delay due to the COVID-19 pandemic and they were expected to be completed next year.

“The ministry together with the Sarawak Public Works Department will observe the progress of the project and implement various mitigation plans including realigning the construction schedule and extension of time (EOT) to ensure that construction goes on smoothly,” he said.

Arthur said the ministry would also conduct regular visits and engagement sessions with the contractors and consultants involved to assess the effectiveness of the mitigation plans and ensure the smooth implementation of the project. - Bernama