PAS not decided yet on using PN logo in GE15: Tuan Ibrahim 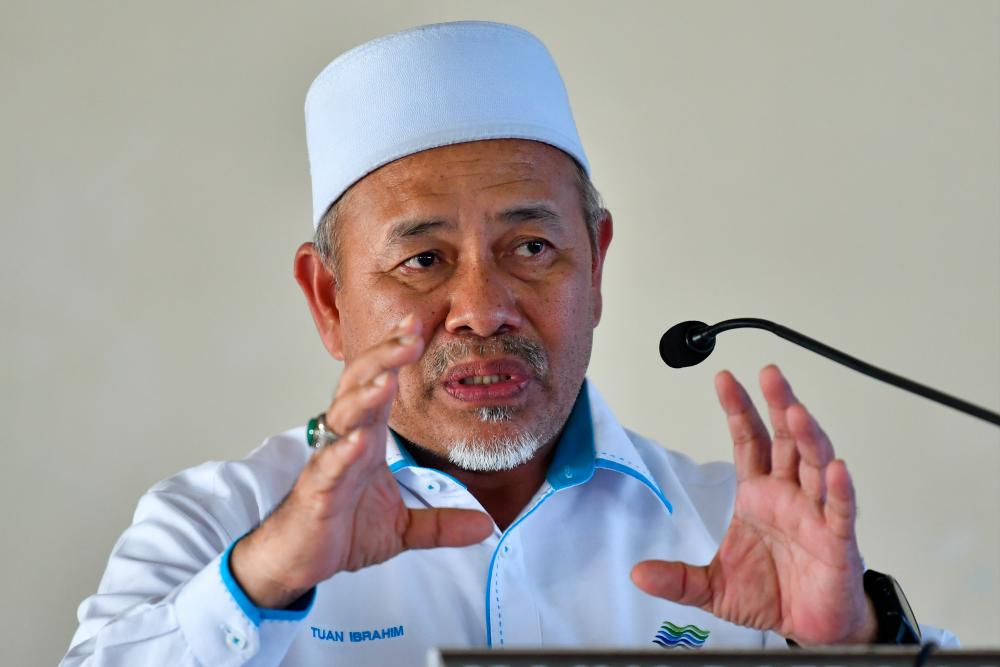 MARANG: It has not been decided yet whether PAS would use the Perikatan Nasional (PN) logo in the 15th general election (GE15), said PAS deputy president Datuk Seri Tuan Ibrahim Tuan Man (pix).

He said the use of PN logo was just a suggestion by several quarters but the matter has not been finalised by the party.

“But the party will discuss (use of PN logo). PAS candidates used the PN logo in the Johor and Melaka state elections,” he told reporters after officiating at the Sungai Merchang estuary conservation project and coastal erosion control project in Pantai Marang here today.

He was commenting on PN chairman Tan Sri Muhyiddin Yassin’s statement yesterday that Bersatu and PAS had decided to use the PN logo in GE15.

Muhyiddin, who is Bersatu president, said this matter had been agreed to by PAS president Tan Sri Abdul Hadi Awang. - Bernama 13 individuals to give statements today over LCS gathering