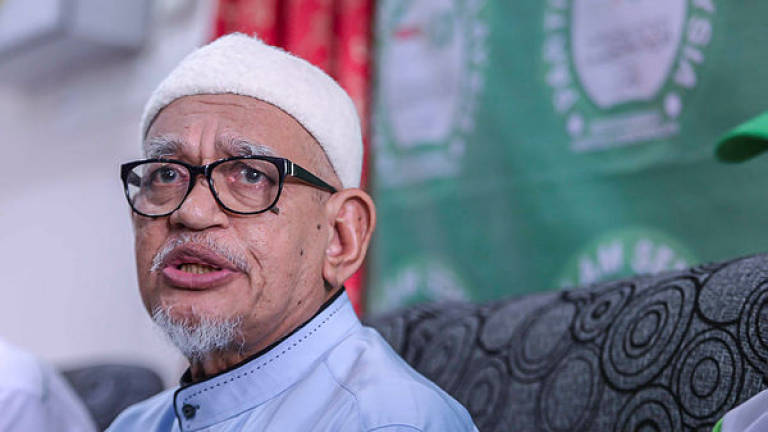 PETALING JAYA: PAS will not interfere in the formation of the new Cabinet nor make any demands on positions for its leaders, according to party president Datuk Seri Abdul Hadi Awang (pix).

Hadi said his only hope is that those appointed as ministers and deputies are people of integrity, are qualified individuals and experts in their respective fields.

He added the Cabinet members should also represent the multiracial community of Malaysia.

“I appreciate the prime minister’s invitation for us (PAS) to give our views on the formation of the new Cabinet,” he said in a statement today.

“I would like to stress that PAS will leave it fully to the wisdom of the prime minister to form the Cabinet in the near future, without any conditions or demands,” he said.

Hadi also urged the new government to recruit professionals into the Cabinet to assist the administration in improving the economy, education, health and the people’s welfare, apart from forming an Ombudsmen committee.

The government is now without a Cabinet after week-long political manoeuvring that saw Tun Dr Mahathir Mohamad resigning as the premier and Muhyiddin appointed as the new prime minister.

Muhyiddin has yet to appoint any ministers since his swearing in on Sunday.

When Pakatan Harapan won federal power in the 14th general elections on May 9, 2018, it took Mahathir three days to announce the names of three senior Cabinet members.

Frustrated and weary over long pandemic hours, more US workers are striking

5.Frustrated and weary over long pandemic hours, more US workers are striking