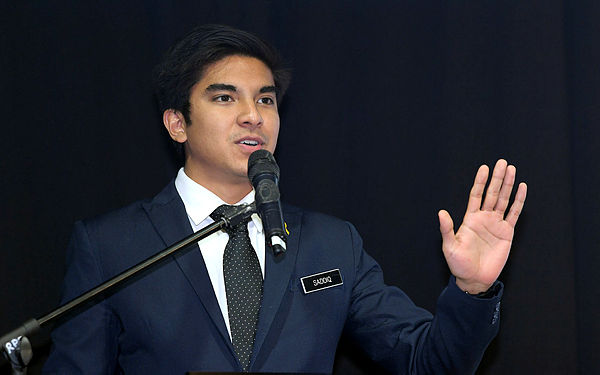 JOHOR BARU: Police have set up a special team to investigate a commotion started by a group of youths at the Johor Parti Pribumi Bersatu Malaysia (Bersatu) youth wing gathering in Ulu Tiram, here, last night.

Johor police chief Datuk Mohd Kamarudin Md Din, in a statement, said that the case would be investigated in a transparent manner and without external interference.

“On Jan 31, 2020, between 9pm and 11.30pm, at the camping site of the Savannah Hill Resort in Ulu Tiram, the Johor Bersatu youth has organised a gathering which was also attended by Youth and Sports Minister Syed Saddiq Syed Abdul Rahman (pix).

“The Johor police received a police report stating that during the gathering, a group comprising about 100 to 150 young men clad in black t-shirts, had gatecrashed the area where the programme was being held,” Mohd Kamaruddin said in the statement.

The group then started making provocation and commotion at the scene, but the police have managed to control the situation without any incident, he said.

Mohd Kamarudin said the preliminary investigations found that the group of youths had deliberately caused a commotion by hurling insults that could provoke anger, intimidation and aggressive behaviour at the scene.

An investigation paper has been opened and the Johor police will take appropriate action based on existing legal provisions without any compromise on those involved in the incident.

He also urged members of the public not to politicise the issue and warned them against disseminating any baseless information on any social media platform that could cause problems.

Earlier, Syed Saddiq, who is also Bersatu youth chief, on his Facebook page, said a police report had been lodged on the actions of a group of men who had deliberately caused a commotion during the programme organised by Johor Bersatu youth.

He also suspected that the group was linked to opposition parties and described their actions were very violent and dangerous. — Bernama