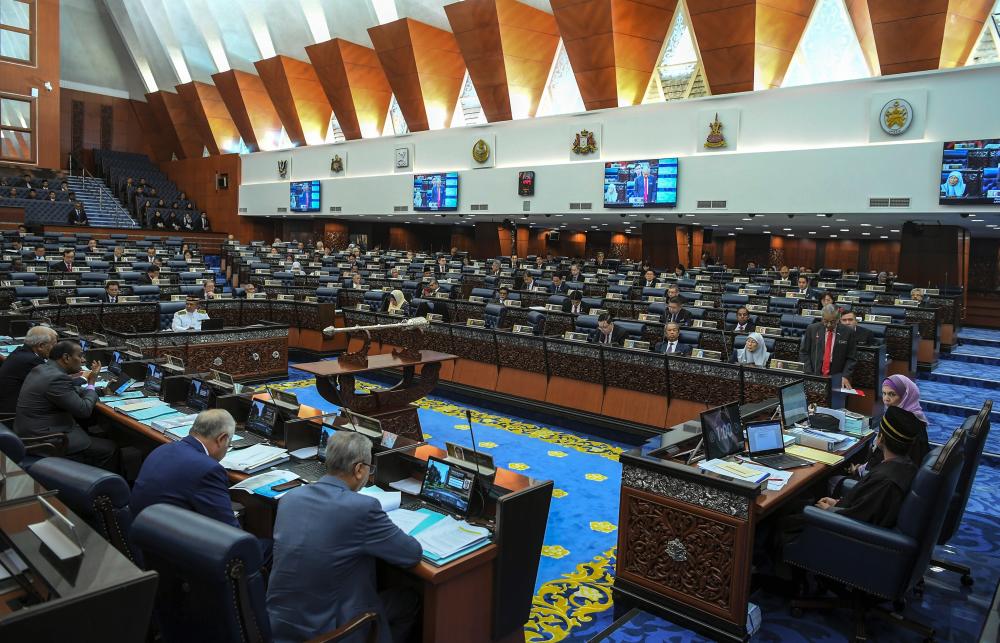 KUALA LUMPUR: Tun Dr Mahathir Mohamad has commended the opposition and the rakyat for putting aside political affiliations to ensure peace and stability in the country since the transition of power that occurred in May of last year.

The Prime Minister said this has enabled the Pakatan Harapan (PH) government to introduce new policies and implement changes necessary to improve the economy and legislation.

He said this when tabling the Constitution (Amendment) Bill 2019, that aims to lower the voting age from 21 to 18, for the second reading in the Dewan Rakyat, here, today.

“Alhamdulillah, since the transition of the new government, the country continues to be at peace and stable. This has allowed us to make amendments and abolish oppressive laws in accordance to the rule of law.

“We appreciate the bipartisan action that was given priority, especially when it involved the betterment of the country,” he added.

On May 9 last year, PH pulled a shocker by defeating the once-unshakable Barisan Nasional (BN) government, and while there was a delay in officially announcing the election results, the transition that ensued was smooth and without violence.

In closing his remarks, Mahathir also urged the opposition bloc to ensure the amendments to the constitution to lower the voting age is passed with a minimum two-thirds majority of the Dewan Rakyat support required.

PH currently has 139 MPs of the total 222 seats, nine short of the required number for the amendments to pass and will require the support of the opposition.

The opposition had previously vowed to support the bill after the government agreed to include a couple of conditions from the former as part of the amendments, namely automatically registering voters than turn 18 and to lower the eligible age to contest in elections to the same age.

The Bill will be debated and put up for vote later today.

According to Mahathir, the amendments will see the expected number of voters in the next general election increased considerably to 22.7 million people, up from the 14.9 million voters in the previous 14th General Election.

He said to allow for the amendments to be fully implemented, several amendments needed to also be made to several other acts, including the Election Offences Act 1954, Conduct of Election Regulations 1981 and Elections (Registration of Electors) Regulations 2002.