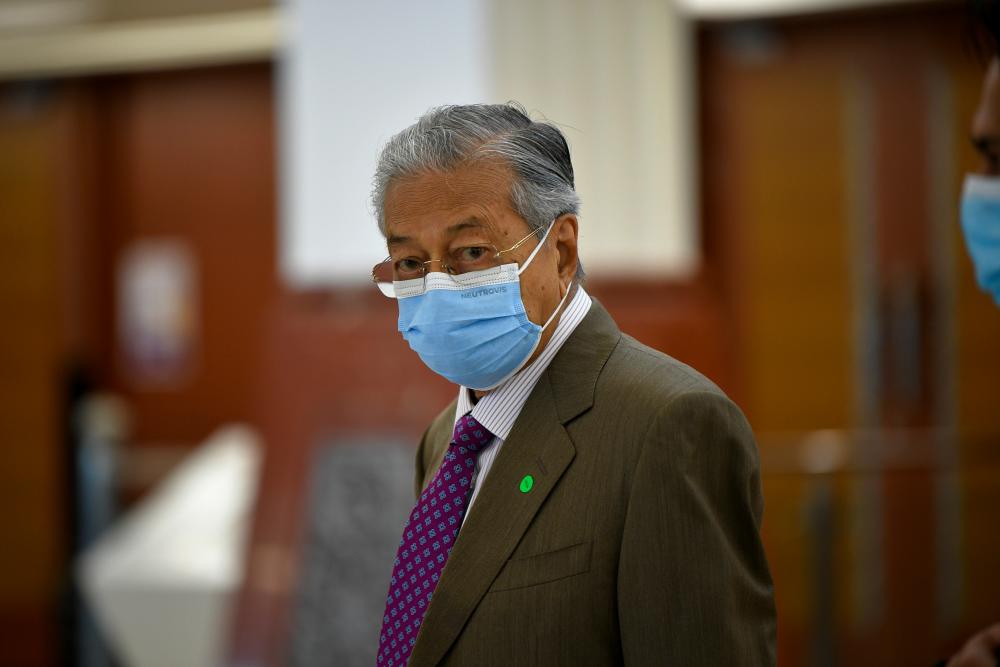 MELAKA: Parti Pejuang Tanah Air (Pejuang) announced today it will not participate in the Melaka state election on Nov 20.

Its chairman, Tun Dr Mahathir Mohamad (pix), said Pejuang felt that the election is merely a political game by certain quarters and that the current situation of the Covid-19 pandemic is not the best time for an election.

Speaking at a press conference in Kuala Lumpur, he referred to the Sabah state election last year which resulted in a spike in the number of Covid-19 cases.

“Now the number of cases has come down a little. We fear that the Melaka election may trigger another wave of cases,” he said. Also present at the press conference were Pejuang president Datuk Seri Mukhriz Mahathir and other party leaders.

“This election should not be held at all and attempts should not have been made to topple the state government. These people think it is their right to do whatever they like with the state legislative assembly but the house is there for us to tackle the people’s problems.

“They must remember that they were elected by the people and, as such, they should abide by their promises to the people. Instead, they do not care about the choice made by the people; they give priority to their own interests,” Dr Mahathir said.

He said the country will be destroyed if there are quarters who arbitrarily topple a government and then form another government.

“That’s why Pejuang does not want to participate in the election. We feel that whoever is elected, the situation will not change,” he said.

Nomination for the Melaka election is on Nov 8 and polling, on Nov 20.

The election has been necessitated after four state assemblymen withdrew their backing for the government led by Chief Minister Datuk Seri Sulaiman Md Ali early this month, thus causing him to lose majority support in the assembly.