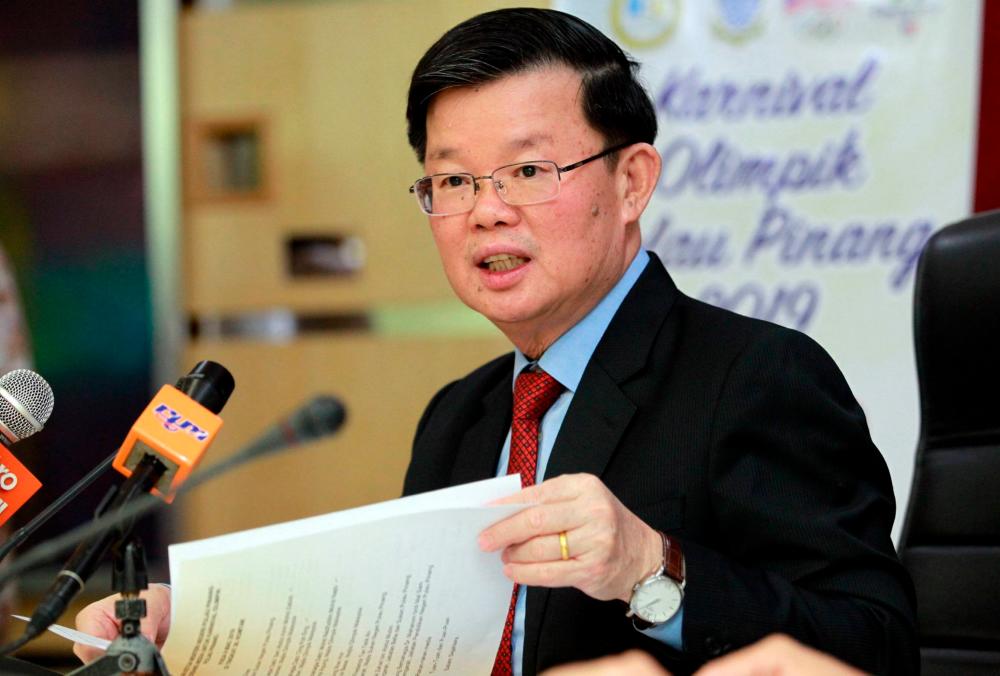 GEORGE TOWN: The Penang government accumulated reserves amounting to RM1.82 billion for 2020 after spending a large allocation on helping those affected by the Covid-19 pandemic.

According to him, the state government's revenue had also decreased to RM467.28 million compared to the original projection of RM519.16 million.

“These factors contributed to the dip in the state’s revenue from RM2.10 billion to RM1.82 billion in 2020,“ said Chow in the winding-up session of the 2022 Supply Bill and 2022 Development Budget Proposal at the 14th Penang State Legislative Assembly here, today.

Chow said he wanted to clarify the statement by Lim Guan Eng (PH-Air Putih) that in the past two to three years, the state's accumulated reserves amounting to RM2.1 billion had declined to RM888 million.

He said the RM888.00 million amount only involves the state's consolidated revenue account and has not taken into account the consolidated trust account of RM933.68 million in 2020.

“However, this commendable performance could not be continued in 2020 as the state government and federal government, as well as other state governments, were forced to face the huge challenges of the Covid-19 pandemic,“ he said.

Chow (PH-Padang Kota) said that the Penang government is in the process of identifying existing development areas that have not been developed or are underutilised and it is making comprehensive redevelopment plans as potential to increase state revenue.

“For starters, the Weld Quay area in George Town will be transformed into the George Town Central Business District (CBD) with creative and technology precincts that will be coordinated under the CD2 (Creative Digital District) Programme,” he also said.

He added that with the goal of establishing the CD2, the state government in collaboration with Digital Nasional Berhad (DNB) and the Communications and Multimedia Ministry (KKMM) will ensure that all related facilities including 5G network coverage are expanded in this district.-Bernama