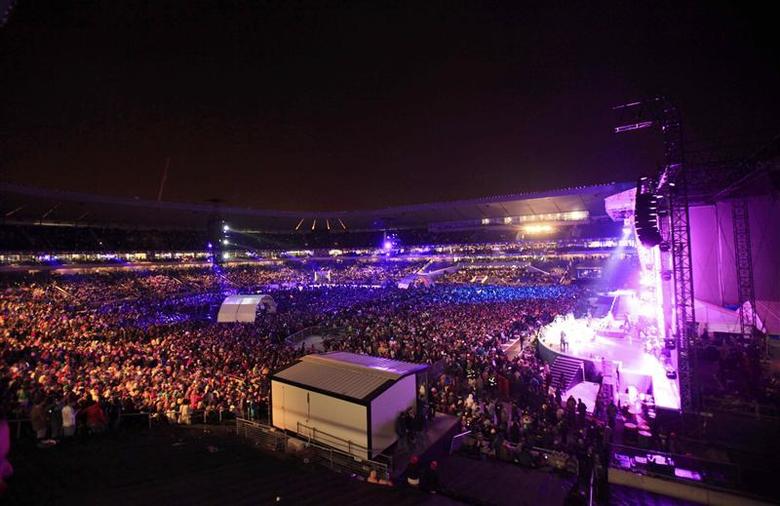 GEORGE TOWN: The Penang Domestic Trade and Consumer Affairs Ministry (DTCAM) have denied it is involved in the organisation of a concert highlighting Taiwanese artistes at the Spice Arena, Bayan Lepas near here scheduled on Sept 21.

The denial was made by its director Mohd Ridzuan Abdul Ghapar after it was found that the organiser of the concert had used the DTCAM logos on its promotion and advertisements of the 2019 Fantastic Duo Concert.

“The Penang DTCAM have never been involved or give any approval to the organiser of the concert to use the logo of the ministry for the promotion and organisation of the concert,’’ he told a press conference here yesterday.

The concert, organised by WTW Entertainment Sdn Bhd which was scheduled on Sept 21 at 7.45pm was cancelled at 9.30pm. The concert highlighted two Taiwanese singers, David Teo and Shin and it was understood that 6000 ticket valued at RM158 to RM588 each had been sold.

Other than DTCAM, the promotion of the concert also used the logos of Cuti-cuti Malaysia, Malaysia Truly Asia and Visit Truly Asia Malaysia 2020.

Ridzuan said that the action of the concert organiser gave the impression that DTCAM was also involved in the organisation of the event whilst the ministry was totally unaware of it.

He said that, in a follow-up, the Penang DTCAM enforcement team had gone to the office of the organiser of the concert to seek information about it and they promised to go to the Penang DTCAM office but did not turn up until to date. — Bernama