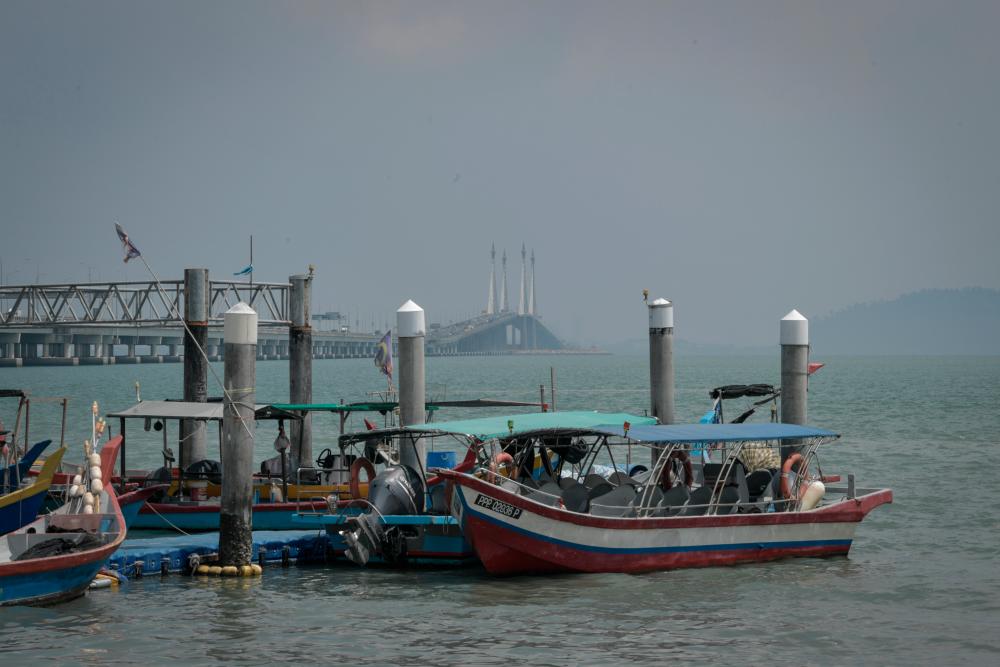 GEORGE TOWN, Jan 27 - The view in the airspace of parts of Penang looks blurry during today’s survey. BERNAMApix

GEORGE TOWN: The Penang Citizen Awareness Chant Group (Chant) today suggested that the state government seek the help of the federal government in putting out the fire at the landfill in Pulau Burung, Nibong Tebal on the mainland.

The adviser of this non-governmental organisation, Yan Lee said the measure was urgently needed to put out the fire for the safety and health of the people.

He said the fire which started on Jan 12 was still going on and causing much worry to the residents there.

Bernama today found the air being hazy along Penang Bridge and poor visibility on the island side as well.

Penang Department of Environment director, Sharifah Zakiah Syed Sahab, when contacted, said she did not dismiss the possibility of a haze in Seberang Perai due to the landfill fire outbreak at Pulau Burung.

“However, based on our observation, it could be minimal. Although it can be spread out by the wind, the impact on the other areas in Penang is minimal.

“All the air quality monitoring stations in the state are recording air pollution index (API) of medium status, namely, in Seberang Jaya ( at 75), Seberang Perai (68), Minden (66) and Balik Pulau (68). As at 11 am today, the API reading at Ladang Byram in Nibong Tebal was 92,” she said.

The fire outbreak at the Jalan Byram landfill was reported at about 5 pm on Jan 12 and the nearby residents were then asked to move out to a relief centre while 10 schools nearby were ordered to close.

On Jan 22, Penang Chief Minister Chow Kon Yeow said the reinvestigation by the Fire and Rescue Department at the over 33-hectare landfill site found that the fire outbreak involved about 11 hectares and it was being put out by using water and sand. - Bernama