Petition for Maszlee to be reinstated as Education Minister gets 300,000 signatures 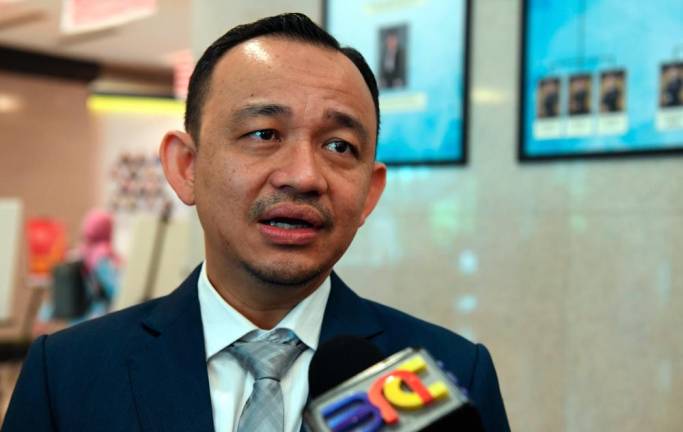 PETALING JAYA: Calls for Maszlee Malik (pix) to be reinstated as the Education Minister are growing on social media, with a petition in support of him already attracting hundreds of thousands of signatures.

Less than a day after the the Simpang Renggam MP announced his resignation from the Cabinet, a petition on change.org for him to remain the minister has garnered over 300,000 signatures.

It hit the mark at 11.20am this morning, with the figure continuing to grow every second.

The petition, which was started by one “Tuah Kencana”, is said to be directed at the Prime Minister Tun Dr Mahathir Mohamad.

Among other things, it claimed that Maszlee has worked hard to improve the quality of the country’s education by introducing various initiatives that have benefitted students, teachers and the society.

“This included improving schools that in dire conditions, introducing the free breakfast programme, improving education for the special needs students, and taking care of the teachers’ welfare.

“Unfortunately, all his initiatives were shadowed by negative reporting sensationalised by certain quarters,” it said on the petition page.

“His decision to quit is a big loss to the country. Representing the rakyat, we urged the prime minister to reinstate Maszlee as the Education Minister,” it added.

Yesterday evening, Maszlee announced his resignation from the Cabinet effective today, on the advice of Mahathir, following months of pressure from various quarters over a number of his policies.

This included his handling of the Jawi introduction in schools and the issue of Unified Examination Certificate (UEC).

On Twitter, messages of support also flooded in for the former minister, with many claiming that, despite some hiccup, Maszlee has done a good enough job to remain in Cabinet.

Many instead called for others, such as Minister in the Prime Minister’s Department P Waythamoorthy and Entrepreneur Development Minister Datuk Seri Mohd Redzuan Md Yusof, to receive the chop for failing to bring any significant changes.