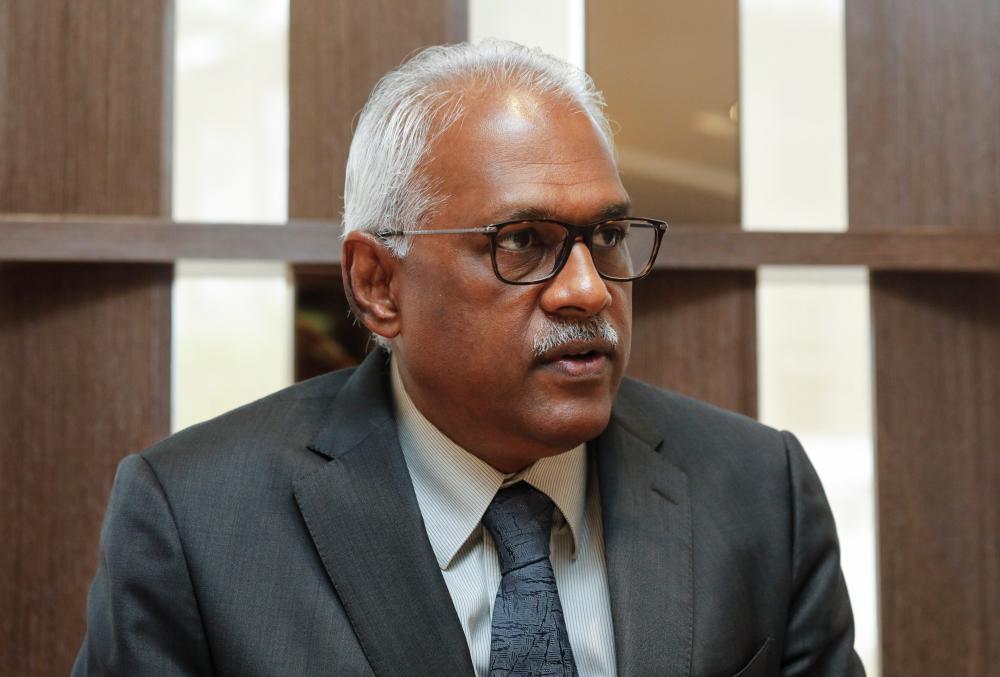 PETALING JAYA: Pakatan Harapan has been stabbed in the back by leaders who valued power more than the welfare of this country or its people, Klang MP Charles Santiago (pix) said today.

“A democratically-elected government has been overthrown by unprincipled politicians with no morals,” he said in a statement.

“We trusted political leaders who were quietly planning to overthrow a government chosen by the people and rip apart the plural fabric of Malaysia.”

With the newly minted backdoor government, cobbled together by unscrupulous politicians, the reform agenda has come to a halt, Charles said.

“But if I had a chance to speak to each and every one of you, I would ask that you do not lose hope,” he said.

“I would ask you to keep your faith. I would remind you that you are the kingmakers. I would assert that the only power lies in your hands.

“If we could topple a corrupt regime through the ballot box once, we can certainly do it again.”

“During Umno’s rule, the focus was on Malay hegemony. It was about consolidating Malay power and squashing legitimate dissent, which was largely seen as anti-Malay establishment.

“Interestingly, this rhetoric was not aimed at emboldening all Malays but a few who were either the ruling elite or people close to them,” he added.

Those who walked the corridors of power were entrenching their position, while hoodwinking the poor Malays to believe that their interest and welfare mattered to them.

This changed when Pakatan Harapan came to power. We understood the challenges of shifting minds that have been indoctrinated for decades, especially through fear tactics. But we didn’t stop trying.

The Democratic Action Party (DAP) was however, constantly used as the bogeyman, caricatured as a threat to Malay rule and effective persuasion demonised it further.

But Pakatan was successful in advocating for inclusion, both ethnically and in terms of gender.

Our commitment to transparency and accountability was demonstrated by the government appointing then-Opposition member as head of the Parliamentary Accounts Committee.

We also limited the term and power of the Prime Minister, reformed the Malaysian Anti-Corruption Commission and separated the office of the Attorney General and Public Prosecutor.

I am gutted by the events over the last one week.

As a teenager, I worked with civil society organisations to help organise workers, empower the poor and expand the democratic space in the country.

All that hard work by every human rights defender and activist culminated in an autocratic regime being thrown out of power by Malaysians, who voted for reforms and inclusion.

Just like my colleagues and other Pakatan Harapan leaders, I was committed to bringing positive changes in the lives of people.

But there was progress and we were also learning to iron out sticking issues as we went along.

But we, Pakatan Harapan have been betrayed by people whom we considered colleagues and allies.

We were stabbed in the back by leaders who valued power more than the welfare of this country or its people.

I share the blame for believing that people can change and for looking at the good in the colleagues I worked with.

But, our defeat has wider consequences that would adversely affect the disenfranchised and marginalised communities we have been working with over the last twenty one months.

Even before becoming a lawmaker I had worked on anti-privatisation issues and took a class action suit, compelling the then Umno-led government to make public the concession agreement and audit report of water utility Syabas. The fight lasted seven years.

As a Member of Parliament for Klang, I worked to empower women and single mothers, address issues of poverty and statelessness, uplift people from the B40 community, make medicine accessible and affordable to the people and widen the pockets of democracy in the country.

And I had just started an anti plastics pollution project plus a Klang Goes Green campaign to create awareness about the consequences of our consumption of single-use plastics.

As part of this project, we were looking at distributing water bottles to the people in Klang and kickstarting a long term project of planting trees, rain water harvesting and roping in school kids to be a part of this plan.

But as I write this, two states have received emails stating that funds disbursed by Mahathir Mohamad-led federal government cannot be used from the day of the former premier’s resignation.

This means that lawmakers who now form the Opposition bloc will not have the allocation to continue our reform agenda.

This is atrocious and another betrayal to the people, who need assistance and cash disbursements to empower themselves and climb out of poverty.

Unfortunately, this is where we stand now. I do not want to speculate if things would change for the better.

And as renowned Indian poet, Rabindranath Tagore, said “into that heaven of freedom, my father, let my country awake.”

Klopp not enthused by Atletico style

2.Klopp not enthused by Atletico style

4.National Under-22 squad sign off three-match friendly with win over Kedah