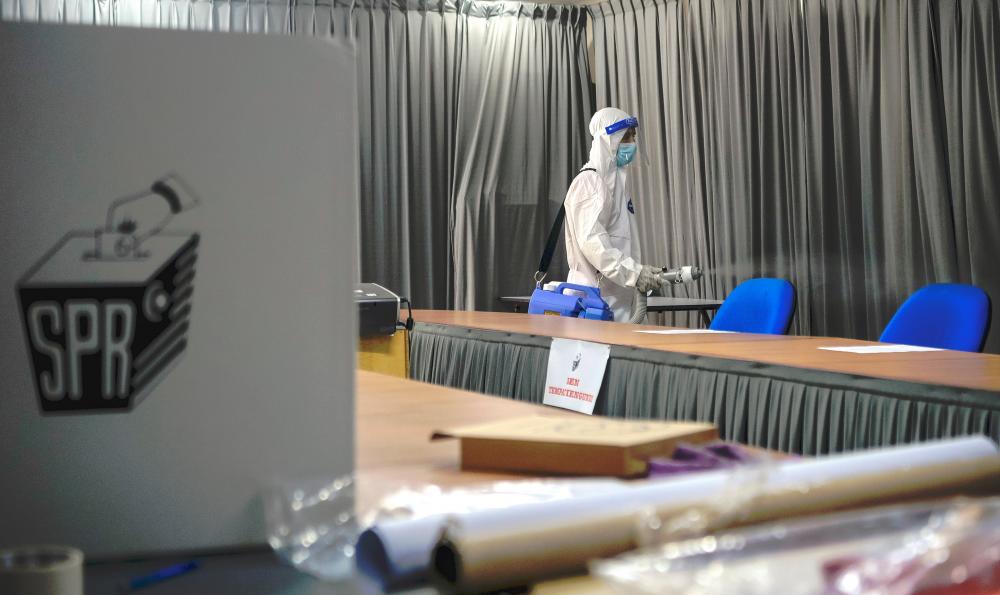 KUCHING: Ceramah (political talks) and public speeches during the campaign period of the 12th Sarawak state election are only allowed in 64 constituencies with poor internet access.

According to the standard operating procedures (SOPs) announced by the Election Commission (EC) to prevent the spread of Covid-19 during the polls, among the constituencies are Opar, Bukit Sari, Gedong, Dalat, Simunjan, Ba’kelalan, Marudi, Saribas, Asajaya and Tanjong Datu.

It said the number of attendees for ceramahs and public speeches should be 50 per cent of the premises capacity or a maximum of 150 people at one time, and attendance is limited to residents of the respective village or longhouse.

“The parties or candidates contesting in the election are responsible for ensuring that outsiders do not attend the talks. Organisers need to obtain a permit from the police prior to the event to facilitate monitoring by the authorities,” it said.

EC said each ceramah is given a period of two hours, cannot exceed 10pm and should be held in a contained environment such as community halls and ruai (foyer of a longhouse), adding that no entertainment activities are allowed during the campaign.

Other SOPs include wearing face masks, observing physical distance of at least one metre at all times, allowing only fully vaccinated individuals to attend the talks and providing a health screening counter.

Meanwhile, EC also encouraged candidates to take advantage of technology during the campaign period in line with the new norms following the Covid-19 pandemic.

To ensure compliance with the physical distancing rule, EC said it would not allow impromptu interviews but would instead schedule press conferences or interviews at polling centres.

The EC has set Dec 6 for nominations, Dec 14 for early voting and Dec 18 for polling. 4.Misery and disease conquer Afghanistan a year into Taliban rule