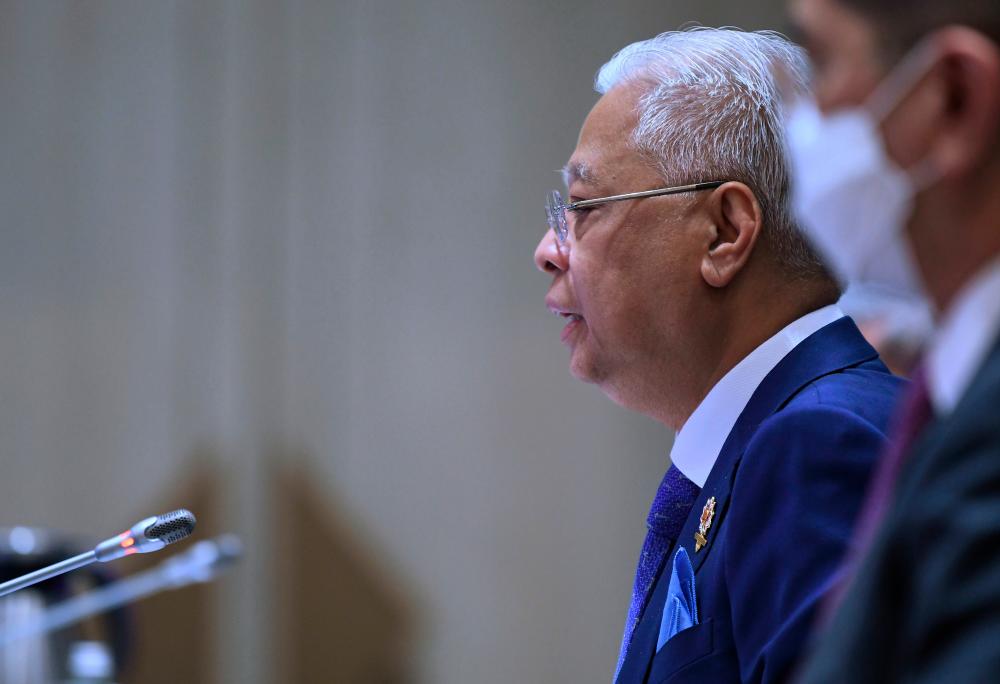 KUALA LUMPUR: Malaysia again expressed its concern over the trilateral security pact involving the United States, United Kingdom and Australia, known through its acronym AUKUS, this time at the 16th East Asia Summit on Wednesday.

Prime Minister Datuk Seri Ismail Sabri Yaakob (pix) in his intervention at the summit reiterated that such developments could lead to arms race and spark tension, which could lead to instability in the region, particularly in the South China Sea.

In this regard, he said Malaysia underscored the importance of preserving the Southeast Asian region as a nuclear weapon-free zone, in line with the Zone of Peace, Freedom and Neutrality (ZOPFAN) Declaration and Southeast Asia Nuclear Weapons Free Zone (SEANWFZ) Treaty.

“Malaysia’s position on the South China Sea remains consistent. Issues concerning the South China Sea must be managed in a peaceful and rational manner through dialogue and consultations, utilising appropriate fora and diplomatic channels,” he said.

To ensure that it remains a sea of peace and stability, Ismail Sabri stressed that all parties should exercise self-restraint and avoid actions that may be deemed provocative, which could further complicate the situation and escalate tensions in the area.

As a claimant state, he said Malaysia is firmly of the view that matters relating to the South China Sea must be resolved peacefully and constructively, in accordance with universally recognised principles of international law, including the 1982 UN Convention on the Law of the Sea (UNCLOS).

Malaysia remains committed to advancing the Code of Conduct (CoC) in the South China Sea negotiations, which have recently resumed via virtual platforms.

“We continue to look forward to the early conclusion of an effective and substantive CoC,” he said.

Three days after AUKUS was announced on 15 Sept 2021, Malaysia was among the earliest in the region to voice its concern over the trilateral security pact as the country feared it could spark a nuclear arms race.

Ismail Sabri also touched on cybersecurity, saying that Malaysia welcomes the support of the EAS participating countries towards the Asean Cyber Defence Network.

He said the network, established by the Asean Defence Ministers’ Meeting with Malaysia as the proponent, will serve as a platform for cyber experts to exchange knowledge and best practices in promoting confidence and readiness in cyber security.

On climate change, Ismail Sabri said Malaysia will continue to fulfil its environmental commitment to reduce its economy-wide carbon intensity against Gross Domestic Product by up to 45 per cent by 2030.

“Malaysia aims to achieve the target based on its own capabilities. Malaysia is also committed to be a net-zero greenhouse gas emission country by 2050 at the earliest and this is our position at COP-26 (26th UN Climate Change Conference),” he said.

The 16th EAS was attended by Asean member states, along with Australia, China, India, Japan, New Zealand, South Korea, Russia and the United States, as well as World Trade Organisation (WTO) and World Health Organisation (WHO).

It was held at the sidelines of the three-day virtual 38th and 39th Asean Summits and Related Summits which began Tuesday under the chairmanship of Brunei. — Bernama