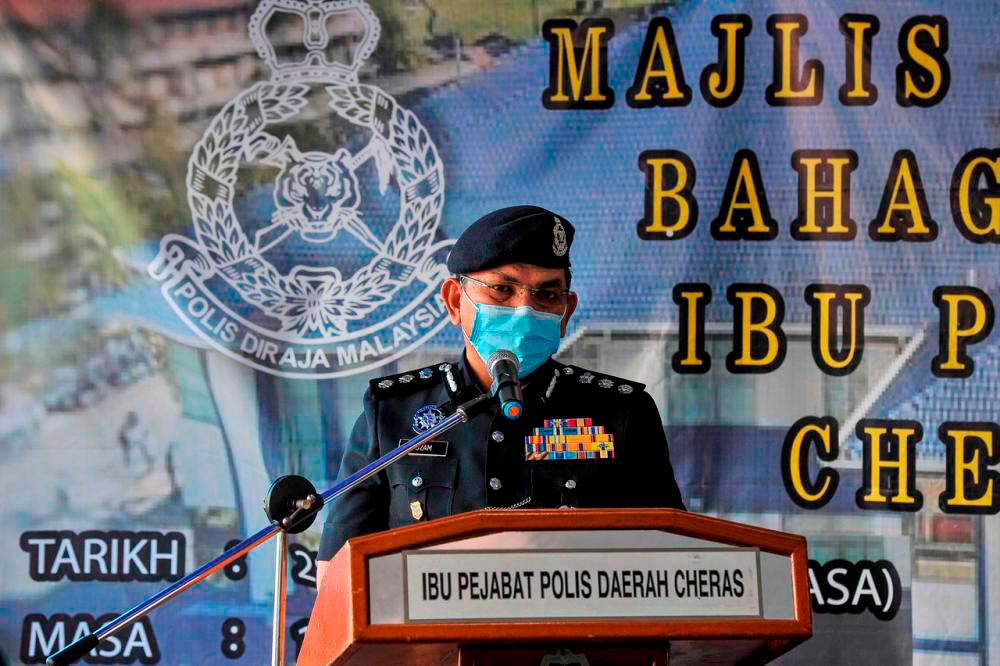 KUALA LUMPUR: A Twitter user took to social media to accuse police of abusing their powers when he was detained for refusing to surrender his mobile phone to a group of policemen during a random inspection at a food stall on Jalan Cheras Utama on Saturday.

In his Twitter posts, the man claimed he was having tea at a food stall near his mother’s house at 2.30pm when two plainclothes policemen approached him and identified themselves as police.

He said they asked him to hand over his MyKad and mobile phone, prompting him to question them on why they needed the latter.

The man claimed that the policemen told him that they had a right to check his phone without quoting any law that allowed them to do so.

The policemen also failed to tell him if he had committed any offence.

While holding on to his mobile phone, the man said he allowed the police to look at it without taking it into their possession.

When he opened his WhatsApp application, the policeman clicked on the search engine and searched for “MKT”.

The man said he was irked by the actions of the police officers and quickly kept his mobile phone away.

Later as he walked away to his car, more policemen showed up and tried to stop him.

“They attempted to snatch my phone away many times,” he said.

He claimed that he was trailed to his mother’s house as he managed to drive off with two policemen in the back seat.

Later, the police took him to the Cheras district police headquarters where an officer asked him to surrender his mobile phone.

He said he gave in then as by that time he had spent over three hours with the police.

“Later, I was freed. When the public takes a stand on its rights, the police accuse us of obstructing their work. For a regular man, anything can happen in a police station.

“The police use a whole team to intimidate a person. Threats are made when we refuse to surrender our mobile phones. Where are our rights when police abuse their powers?”

Cheras police chief ACP Muhammad Idzam Jaafar (pix) said the policemen were on crime prevention patrols when they checked the man on suspicion of being involved in placing bets with illegal bookmakers via WhatsApp.

“The man did not cooperate when police wanted to examine his mobile phone and left for his relative’s house in his car. The policemen sought assistance from their superior who then arrived at the house and explained the situation before taking the man to the police station.”

Muhammad Idzam said on inspecting the mobile phone, police found that the WhatsApp application had been uninstalled and all evidence relating to any alleged involvement with illegal lottery punting had been erased.

He said after the particulars of the man were recorded, he was freed unconditionally and a police report was lodged over the matter. 2.US Supreme Court strikes down constitutional right to abortion