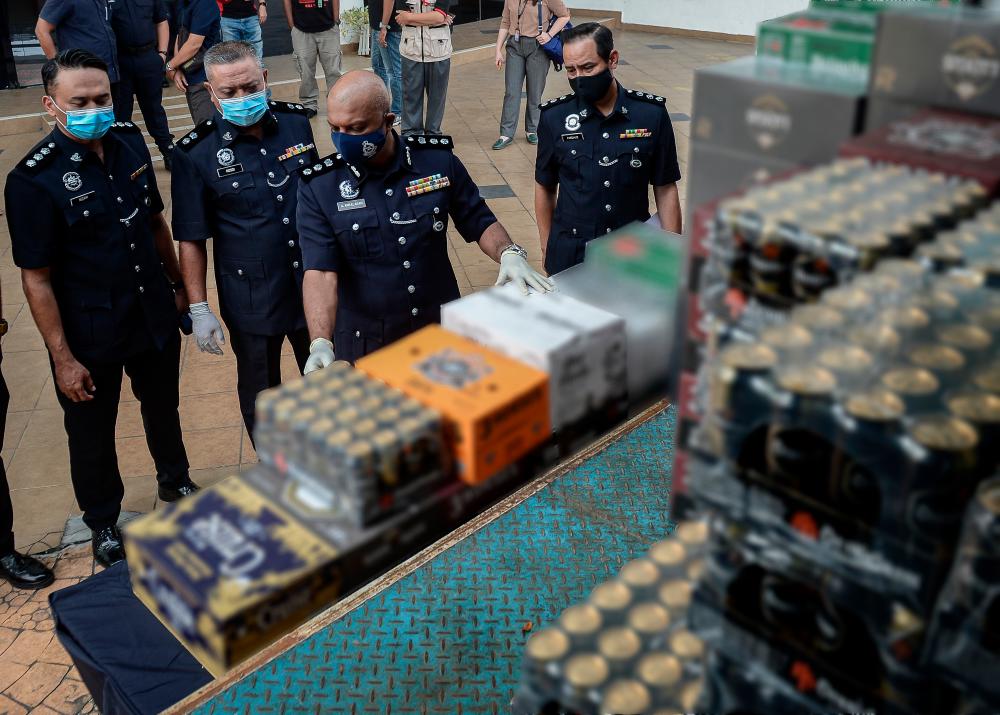 SERDANG: The police have crippled a liquor smuggling syndicate after seizing various brands of liquor worth about RM32,000 at a store in the Puchong Industrial Park here, on Saturday (Jan 22).

Serdang district police chief ACP A.A. Anbalagan said the store was believed to have been used by the syndicate for the past six months.

He said the liquor which was believed to have been smuggled from a neighbouring country was for the Klang Valley market, with duties estimated at RM145,000.

“We believe it is for distribution to retail outlets and there were several brands which were not normally found in the market,” he told a media conference at the Serdang district police headquarters, here.

Anbalagan said the police detained a 29-year-old foreign assistant storekeeper in the raid and were currently tracking down other members of the syndicate.

“The case is being investigated under Section 135 (1)(d) of the Customs Act 1967 for trying to smuggle in illegal items and Section 6 (1)(c) of the Immigrations Act for overstaying,” he added. — Bernama