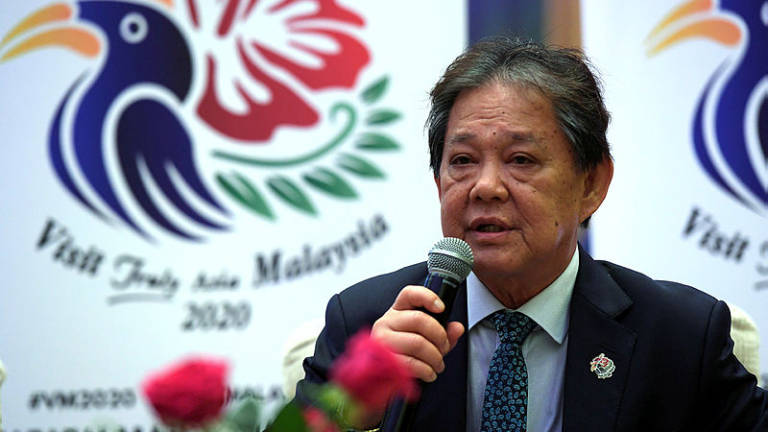 PETALING JAYA: Police have summoned the organisers of the Malaysia Tattoo Expo 2019 to give their statement following the semi-nude modelling at the event.

The Ministry of Tourism, Arts and Culture had earlier said it would take appropriate action against the organisers.

Minister Datuk Mohamaddin Ketapi (pix) said he had instructed the agency under the ministry, the Malaysia Convention and Exhibition Bureau (MyCeB), to investigate the matter.

He said this was not the first time the expo was organised in Malaysia, and since it was first held in 2015, no such incident had occurred in public.

“I understand that it was a closed-door event but it breached the norms of morality, and I have instructed MyCeB to investigate the matter.

“Organising an international event is good for the national tourism industry but not this way, it does not reflect the real Malaysia which is full of manners and morals,” he said in a statement today.

MyCEB said in a statement yesterday that it supported the organising of the expo after reviewing relevant documents and related approvals from state and local authorities including the Kuala Lumpur City Hall (DBKL).

The Tattoo Malaysia Expo 2019, which was held from Friday until Sunday at the Kuala Lumpur Convention Centre, had participants from 35 countries and has been organised in 2015, 2016 and 2017 before it was held in Sabah.