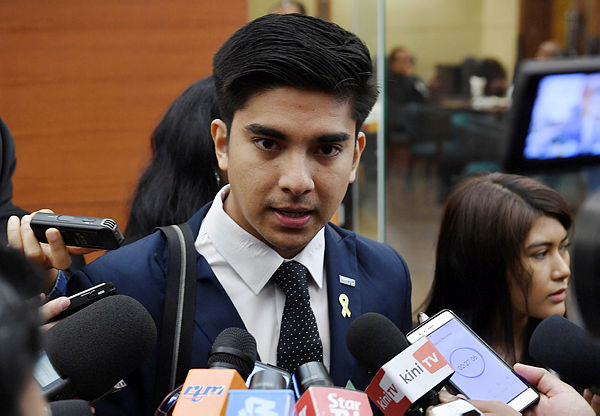 KUALA LANGAT: The Ministry of Youth and Sports (KBS) has urged private sector companies to participate in the Yellow Ribbon programme which was aimed at providing employment opportunities to former convicts among youths in the country.

‘’KBS is committed towards mobilising effort to give the opportunity to ex-convicts among youths to obtain training and subsequently work in the industry.

‘’It will indirectly help the ex-convicts to return and serve society without being continuously punished for their past offences,’’ he told reporters after launching of the Yellow Ribbon Programme: PEKA@MRCB at Bandar Saujana Putra, Kuala Langat, here today.

Syed Saddiq said through the initiative KBS would be able to change public perception on ex-convicts and simultaneously give them a second chance to change their lives towards the better.

Commenting further, he said MRCB was the first ship participating in the programme by offering employment opportunities to 90 ex-convicts since the programme was introduced on Aug 1.

‘’MRCB has succeeded in mobilising the programme through PEKA@MRCB. Peka means second chance whereby selected ex-convicts are given employment opportunities.

‘’The offenders or convicts will be referred to as Supervised Persons (Orang Diselia - ODS) whereby they were selected by the Malaysian Prisons Department after going through a comprehensive evaluation process,’’ he said.

Meanwhile, Dell Akhbar Khan said through the PEKA@MRCB programme, the convicts concerned would be given training and opportunity to work at construction project sites for various tasks including welding, machine maintenance and repair of mechanical equipment.

He said KBS supported the programme enthusiastically and encouraged ex-convicts to work with MRCB.

‘’We will encourage them to do so if they want to work with MRCB after undergoing their sentences because most of them are indeed skilled, and that is a bonus,’’ he added. — Bernama