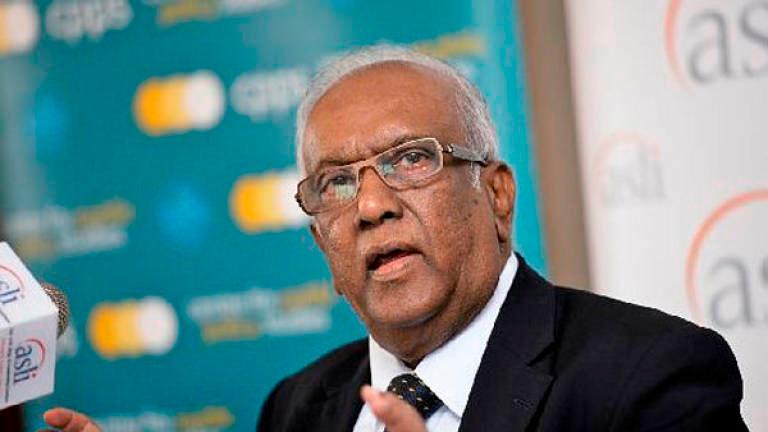 PETALING JAYA: Private sector employees have been urged to emulate civil servants by also donating to the National Disaster Relief Fund for Covid-19.

Civil servants have won praise for agreeing to the initiative announced by Chief Secretary to the Government Tan Sri Mohd Zuki Ali on Tuesday.

Ramon, a former civil servant himself, told theSun that with contributions from the private sector, the fund will be larger and have a more significant impact.

Ramon also stressed the need for the management of all Covid-19 expenditure be done with full transparency and accountability.

He said the initiative could be reviewed after three months to see if it can be extended further.

“Civil servants should see this gesture as a sacrifice for the nation, to show solidarity with and support for those who are undergoing serious problems in the Covid-19 pandemic,” Ramon said.

He also stressed that consultations with stakeholders must also be done, especially on the payment formula not just to prevent unpleasant issues later, but also to win over the civil servants.

According to Mohd Zuki, about 800,000 civil servants will have a fixed sum of money deducted from their monthly allowances over the next three months to be used in financing the country’s Covid-19 campaign.

The total contribution under this initiative is expected to reach RM30 million.

The initiative was first proposed in February by former Bernama chairman Datuk Seri Azman Ujang in his weekly column, Off the Cuff, in theSun.

Barjoyai pointed out that there is no risk of civil servants losing employment given that they have the most stable jobs and their income is guaranteed by the government.

He said the effort will also be a great symbol of harmony.

Congress of Unions of Employees in the Public and Civil Services president Adnan Mat told theSun that the proposal caught his attention when it was first put forward but he felt then that it was premature, given that the outbreak was not as severe.

“I conceded it was a good idea but at the time, civil servants were not ready to contribute yet.

“We were taken by surprise. Furthermore, civil servants are very sensitive about issues such as pay cuts but they are now more than ready to contribute,” he added.

Adnan also expressed hope that others would refrain from turning the initiative into a controversial issue.

Political leaders have also stepped up.

On Monday, Prime Minister Tan Sri Muhyiddin Yassin announced that all ministers and deputy minister will contribute their salaries to the fund from June to August.

The announcement came on the heels of a petition urging the prime minister to take the initiative by reducing their allowances.