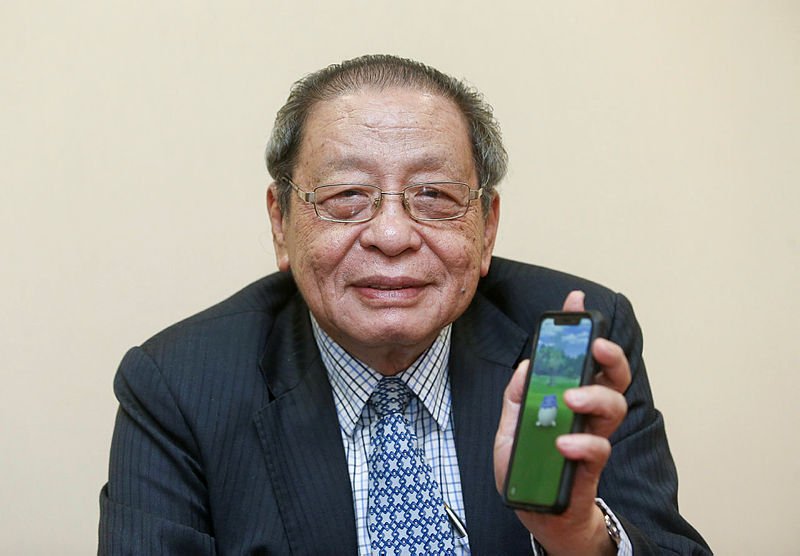 PETALING JAYA: The Malaysian Communications and Multimedia Commission (MCMC) and the police should investigate the funders of cybertroopers who have returned to spreading lie, said DAP stalwart Lim Kit Siang (pix).

He called former prime minister Datuk Seri Najib Abdul Razak the “father” of all cybertroopers that used to demonise the opposition.

“For a few months after the unexpected Umno-Barisan Nasional (BN) defeat on May 9, 2018, there was thunderous silence as the army of cybertroopers disappeared from the social media scene,” Lim said in a statement today.

“But they have returned to the Malaysian social media with a vengeance which means that the funds for such an army of cybertroopers of lies and falsehoods have been reorganised and furnished.”

Lim was responding to Najib’s recent speech at the Pendang Umno division AGM where he accused the DAP strongman of giving the idea of setting up Parti Pribumi Bersatu Malaysia (Bersatu) to current prime minister Tun Dr Mahathir Mohamad with the intention of politically splitting the Malays.

Najib then said he would only reveal the identity of the person who made the claim about Lim’s plan on Bersatu if necessary.

“I will not bet Najib will be able to do so, though if such a person exists, it will at least salvage his credibility by one iota that he had not manufactured such a lie from whole cloth, and he could claim that he was only guilty of the shocking gullibility to fall for such a tall claim,” said the MP for Iskandar Puteri.

“But such a fraudster who could convince a prime minister with such a tall tale is a person all Malaysians should know. Over to Najib, who is this person if there is one?”

Lim also said BN parties are unable to determine whether is he Mahathir’s stooge or puppet, as Umno accused him of being a stooge, while MCA and Gerakan said he is a puppet.

“Both Mahathir and I have strong views and opinions. Mahathir is not my stooge and I am not his puppet. We co-operate as patriotic Malaysians who feel that we have to work together to Save Malaysia from becoming a global kleptocracy and hurtling towards a failed and rogue state.”

“The present batch of Umno/BN leaders just do not understand that in politics, there are roles apart from being a stooge or a puppet,” he added.