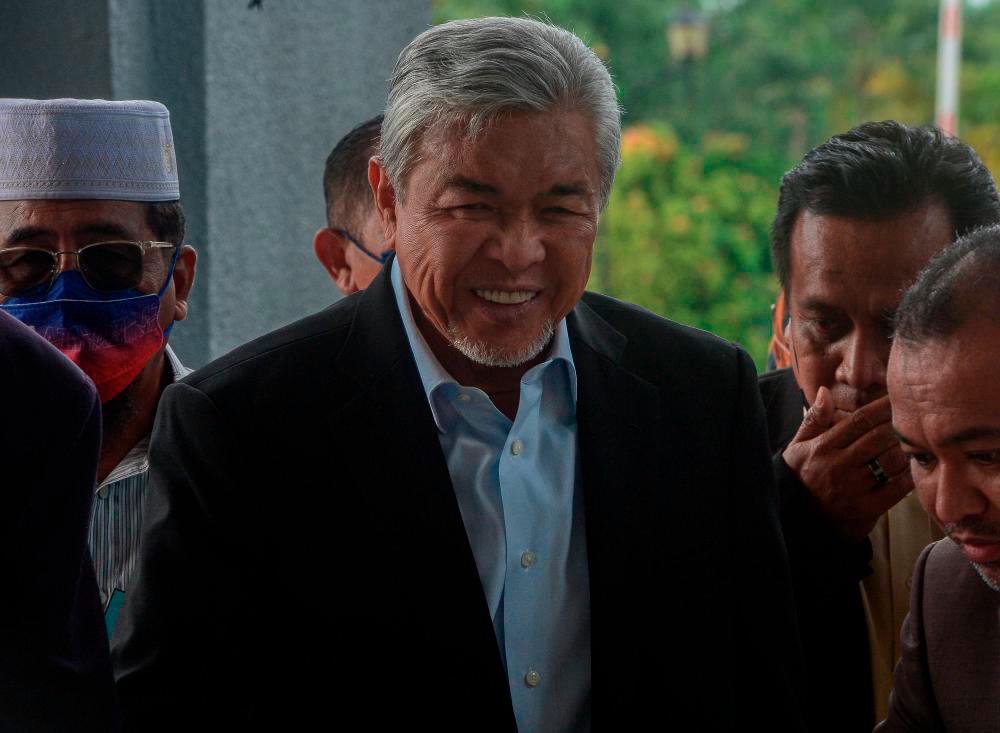 SHAH ALAM: The prosecution today filed an appeal against the decision of the High Court in acquitting former Deputy Prime Minister Datuk Seri Ahmad Zahid Hamidi (pix) on 40 charges of receiving bribes in connection with the Foreign Visa System (VLN).

“Yes, the prosecution has filed an appeal against the decision of the High Court in DS Zahid’s (Ahmad Zahid) case this afternoon,” he said.

On Sept 23, High Court Judge Datuk Mohd Yazid Mustafa acquitted Ahmad Zahid, 69, who is also UMNO president, after finding that the prosecution had failed to establish a prima facie at the end of the prosecution case against him.

The judge among others ruled that three key prosecution witnesses in the case were unreliable and not credible.

He also said the three key witnesses testified that the monies were placed in a brown envelope on each occasion of delivery, but the prosecution did not produce any sample envelope as evidence.

“No evidence was led to show the size of the envelope used. I simply cannot imagine what envelope, in what size, could fit in the SG$600,000 in cash which is equivalent to about RM1.6 million at the material time,” the judge said.

Ahmad Zahid was charged with 33 counts of receiving bribes amounting to SG$13.56 million from Ultra Kirana Sdn Bhd (UKSB) for himself as Home Minister to extend the contract of the company as the operator of the one-stop centre (OSC) service in China and the VLN system, as well as to maintain its contract agreement with the Home Ministry for the supply of the VLN integrated system.

On another seven counts, the Bagan Datuk MP was charged with obtaining for himself SG$1,150,000, RM3.125 million, 15,000 Swiss Franc and US$15,000 from the same company which he knew had links with his official function.

He was charged with committing the offences at Seri Satria, Precinct 16, Putrajaya, and Country Heights Kajang between October 2014 and March 2018. - Bernama